In recent years Bosnia and Herzegovina had been particularly impacted by climate change-related extreme weather events ranging from intense rainfall to heat waves, from droughts to floods, which resulted in the loss of life as well as significant material and financial losses, necessitating the adoption of immediate and concrete mitigation measures.

This was said during the three-day final workshop organized by the United Nations Development Program in Bosnia and Herzegovina (UNDP) in the project “Preparation of the Fourth National Report and the Third Biennial Update Report on Greenhouse Gas Emissions in BiH”.

This project has been implemented over the last four years in partnership with the Ministry of Foreign Trade and Economic Relations of Bosnia and Herzegovina, the Ministry of Spatial Planning, Construction and Ecology of the Republika Srpska, the FBiH Ministry of Environment and Tourism and the Department for Spatial Planning and Property Related Matters of Brčko District, with the financial support of the Global Environment Facility (GEF), announced the UNDP.

The purpose of the project was to support BiH in the preparation of the two reports, thus helping it to fulfill its commitments under the United Nations Framework Convention on Climate Change (UNFCCC). These documents lay the groundwork for integrating climate change considerations into national and sectoral development goals and implementing climate actions to drive economic growth, generate jobs and address key social disparities, while simultaneously building a climate-resilient economy.

The reports provide updated and enhanced information related to climate change in BiH, such as GHG inventory, vulnerability and adaptation options analysis and an assessment of the potential for climate change mitigation and emission reduction, to inform the planning of measures against the negative effects of climate change.

The three-day workshop, which was held on 28–30 November 2022, was attended by about forty representatives of relevant institutions and local experts who had participated in the preparation of these reports.

It was also noted that, in addition to providing a picture of the current situation and calling to action, these strategic documents represented an important plan for the country’s development, as they linked environmental protection and the fight against climate change with key issues of the country’s socioeconomic development.

Igor Jevtić, a representative of the Ministry of Foreign Trade and Economic Relations of BiH and a member of the Project Board, highlighted the importance of the strategic documents adopted by BiH in this area.

“In addition to these two extremely important documents, BiH adopted its revised Nationally Determined Contribution (NDC) 2020–2030 as part of the activities under this project. Another crucial document is the Climate Change Adaptation Strategy, which has been sent to the BiH Council of Ministers for final passage after being approved by the entity governments. I believe that both the Fourth National Communication and the Third Biennial Update Report are highly essential for BiH since they analyze GHG emissions from 2015 to 2018, which is also very important data for the European Energy Community. I would like to thank UNDP for the successful cooperation in this and all previous climate change adaptation and mitigation projects,” said Jevtić.

Slađana Bundalo, UNDP’s Project Manager, presented the project results and said that UNDP provided significant support to BiH authorities in fulfilling the country’s climate pledge as outlined in the Nationally Determined Contributions, which are at the heart of the Paris Agreement and represents countries’ commitments to reducing GHG emissions and adapting to the adverse effects of climate change. She said that an institutional and legal framework has to be established in BiH to maintain the UNFCCC reporting processes and ensure fulfillment of other international climate change obligations.

Prof. Melisa Ljuša Ph.D., who participated in the preparation of the Fourth National Communication and the Third Biennial Update Report said: “Thanks to UNDP’s project efforts in BiH, work is presently underway to build a system for monitoring, reporting and verifying climate change data (MRV system).

“The project concentrated our efforts on the institutionalization of the establishment of a GHG inventory, which will facilitate the transition from a project-based approach to an institutional framework in which our ministries, technical institutions and a diverse range of stakeholders will all play a part in terms of providing data, doing analyses, etc. To be sustainable, the system requires the participation of all relevant institutions, as well as a serious investment of time and money. It will aid in the development of a single GHG emission database and help specify the roles and responsibilities of stakeholders in compiling emissions inventories. Finally, it is very important to emphasize the significance of implementing this system in securing substantial financial resources for projects and charting the course for the country’s adaptation and mitigation measures in response to climate change,” said Ljuša.

The reports are expected to be approved by the BiH Council of Ministers and submitted to the UNFCCC Secretariat soon, whereupon work on the next cycle of climate change reporting will resume.

When will the Verdict for the War Crime in Strpci be pronounced?
Next Article 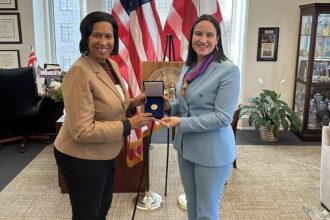