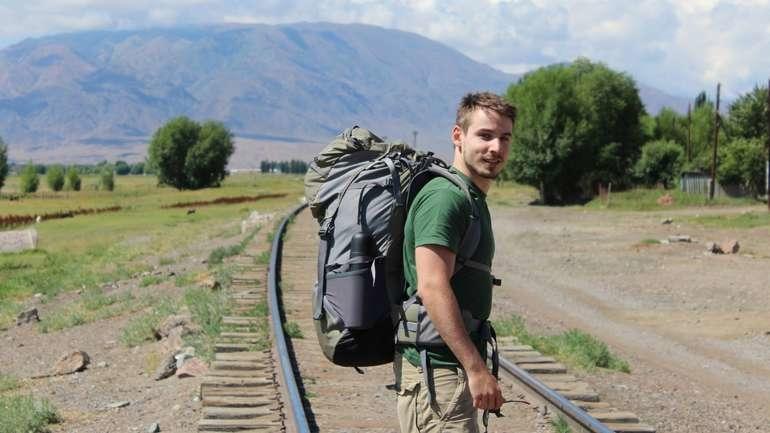 We often find examples of young and successful individuals, originally from Bosnia-Herzegovina, currently living in a European country.  One of them is Nermin Fazlagic from Sarajevo, who went to Italy with his family because of the war in Bosnia-Herzegovina.

Fazlagic currently lives in Verona, where there is a well-organized group of citizens, originally from Bosnia-Herzegovina, who came to this city in the early 1990s. What distinguishes this Sarajevan from others is his love for learning foreign languages.

“I have to become a polyglot”

“I arrived in Italy, more precisely Verona, in early 1993, with my brother and my mother, while my grandmother stayed in besieged Sarajevo. Of course, the reason for the arrival is the aggression against Bosnia-Herzegovina. The first memories of my life start from those years, so when the Italians ask me the frequent question ‘Remember the war?’, my answer was no, because I was simply too young.

Yet war and the theme of war were something that had been a part of me from the beginning of my life. I have to say quite frankly that it was not difficult to grow up in Italy, because me and my family were very kindly and cordially received by the new society. The war in Bosnia was a very present topic in the Italian media, and everyone around us tried to help us as much as they could.

However, in those days I even ended up in the newspaper as the first foreign child at my school, along with my brother. Among Bosniaks living in Verona, we can even joke today when we recall that anecdote, says Fazlagic.

According to him, he got used to the Italian way of life very quickly, as did the rest of his family, because he said that “Italians and Bosniaks of a similar mentality”.  In Italy, he had exceptionally good conditions for advancement, as evidenced by the fact that, in addition to completing his studies in economics, he was able to learn as many as ten different languages.

After Bosnian, Italian and English, he mastered Portuguese and French which was an additional motive to continue learning languages. The fact that he was in Turkey and Brazil during his studies further helped him to learn as many foreign languages as possible.

“I quickly mastered Portuguese and French, so I decided to perfect my Russian language. After that I ended up with Spanish and somehow got fed up with those ‘easier’ languages. I said to myself now I really want something difficult, something where I would test my boundaries and possibilities. And so, as I was thinking about what language to choose, for the first year of the Master’s degree, the opportunity to study at the University of Izmir appeared and the choice was final – Turkish! After the Turkish turn came German and Arabic, and the next one, time will tell,” Fazlagic points out for Oslobodenje news portal.

What Fazlagic points out is that, unlike in Italian society, our society does not support young and successful individuals, which is a huge disadvantage.  However, he said, there is a big obstacle in the minds of young people, who are largely fed up with minimal results.

Tegeltija attends Western Balkans Investment Conference in London
Next Article How to Find a Solid Footing for the Global Economy?
Leave a comment Leave a comment