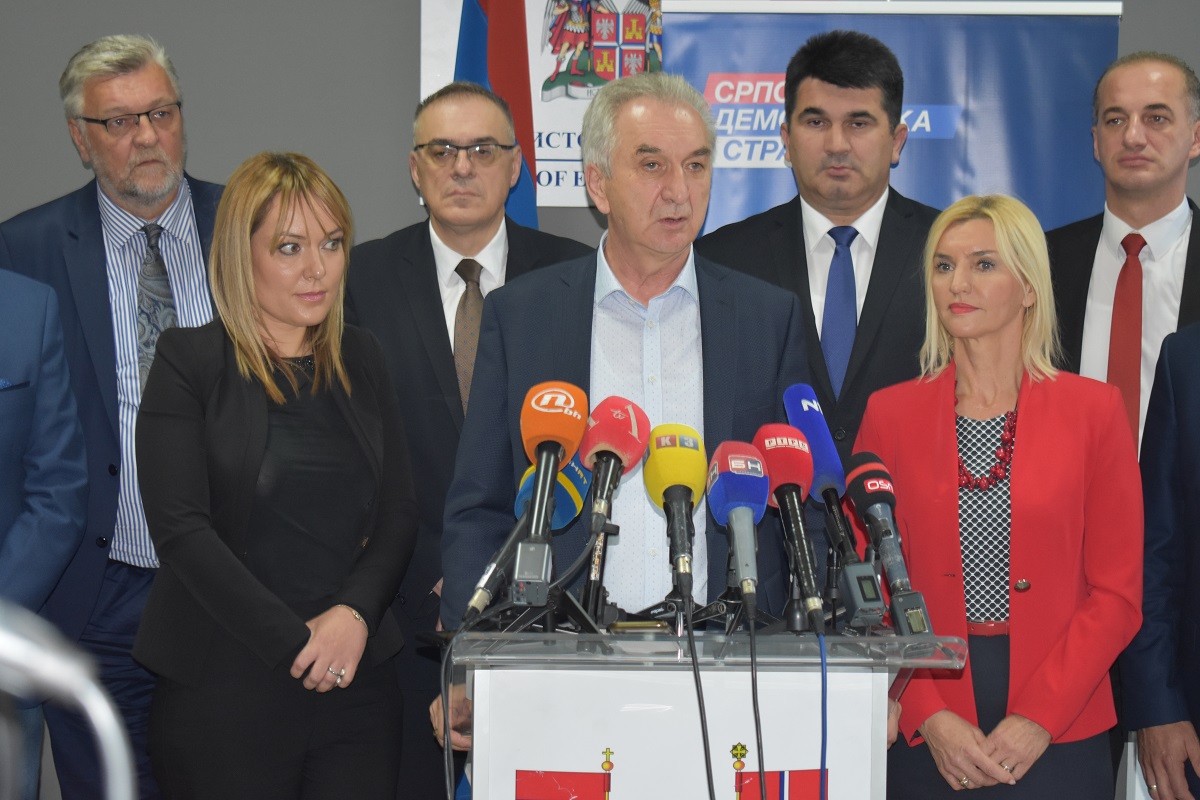 How stable is the opposition in Republika Srpska (RS) and can it threaten Milorad Dodik’s government? According to the latestoutbursts of the leaders of the opposition parties, it seems that the views are becoming more distant, and personal confrontations are becoming more frequent. And that could cost them. It already happened in Prijedor. As one might say, short-lived love.

From the common stage at the protests to the complete collapse. This is exactly how the relations in the opposition ranks in the RS could be assessed, and the unity they have been propagating for the last few months has collapsed like a tower of cards. And that happened after the elections in Prijedor and disappointment with the new election defeat.

The avalanche was started by the president of the DNS, Nenad Nesic, who after the election publicly accused that he had been betrayed by coalition partners. And then he sent them an invitation for a meeting, with the question: do everyone in the opposition want a change in the current government? The term is known, and it is known who will not come. The PDP has already refused.

There are many facts that, when you put them together, make a mosaic and show that Nenad Nesic is controlled by some certain centers of power that do not want anything good for the opposition or the people in RS, but want to prolong this agonyand anarchy in which we live for a long time, “ explainedNebojsa Vukanovic, independent MP in the National Assembly of RS (NARS).

The current conflicts are just a reflection of powerlessness within the parties and among individuals who have not been in the system of government for years, according to political analysts.

“There are voices in the opposition who say that some leaders of the opposition, now we specifically think of Nesic, were a cuckoo’s egg from the beginning, who came to the opposition with the aim of breaking its unity. We can also look at it from another angle, as positioning within the ranks of the opposition. Taking a position and determining who is first in front of the others, ” told a political analyst Mladen Bubonjic.

Milan Milicevic, a high-ranking SDS official, best assessed how bad the relations between the opposition parties were and what the atmosphere was like among the most prominent representatives. He mentioned that if elections were held today, the opposition would not have any chances.

“Now we have a reality show policy in which we hear every day someone not only from the opposition but also from the government how he expresses some of his ambitions. Personal ambitions are useful and can be productive, but only if they are in one package of common goals of opposition parties when we talk about the opposition. I think that this should be reduced to the level of intra-party opposition talks, and only then go public. That is the only right path, ” said Milicevic.