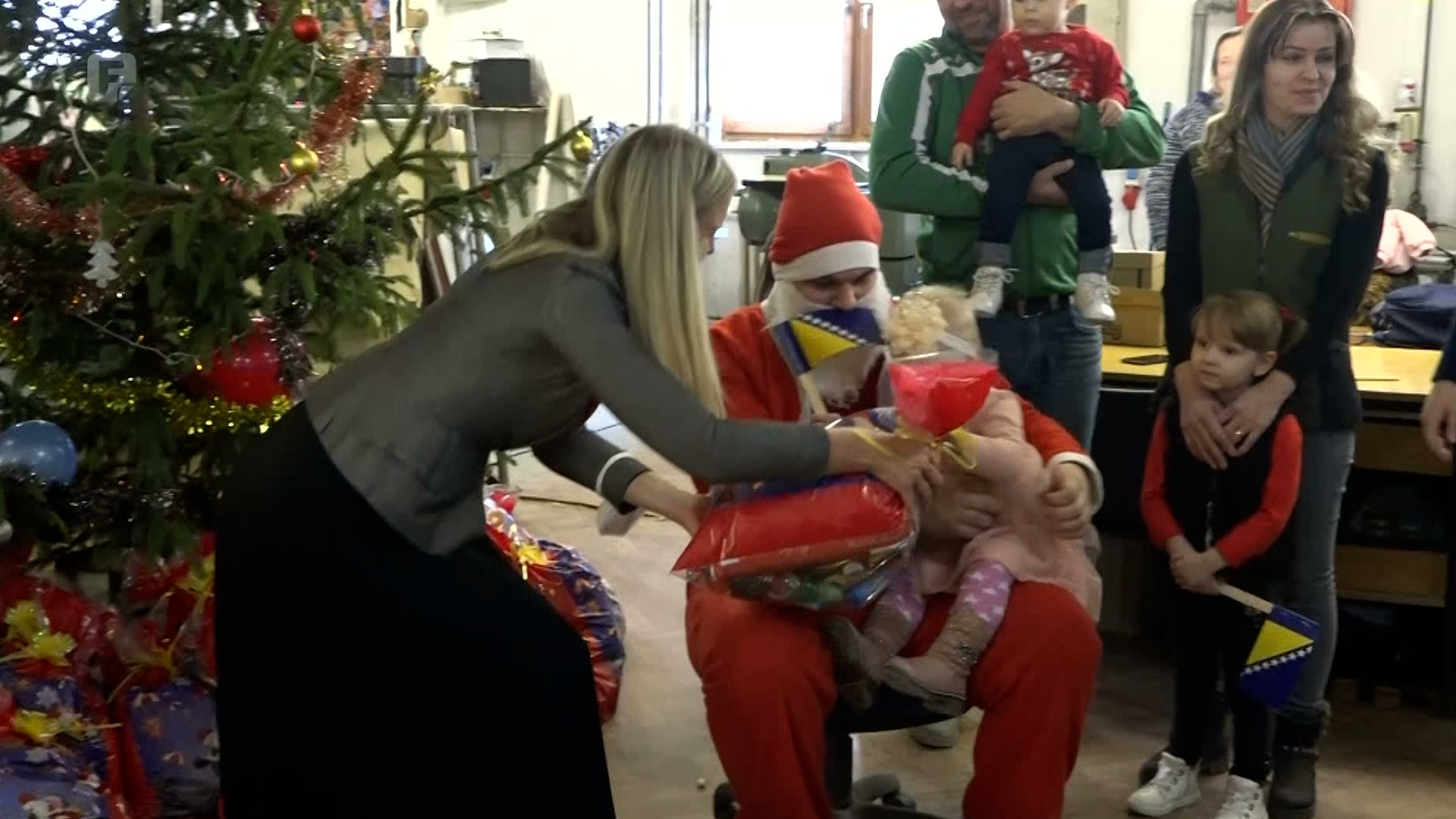 “One present for a smile” – this is the name of the action in which people from Bosnia and Herzegovina (BiH) residing in Sweden made children with disabilities happy with the packets.

“Giving a child a smile is like giving it to the whole world,” pointed out Senada Selimovic, organizer of the “One packet for a smile” campaign.

And the smile on the faces of children with disabilities who spend these pre-holiday days instead of with their loved ones on treatment in Travnik hospitals, and the children of workers in the company whose complete production is intended for the Swedish market was enticed by many Bosnians and Herzegovinians, as well as their friends in the country wherethey found their new home. In this way, they confirmed in the best way that, although they have not been here for almost thirty years, they have not forgotten their country.

“People never forget their homeland and create some new friendships that are huge potential, especially for small countries like BiH. The strength of one state is measured by the number of its friends,” stressed Kenan Dautovic, Mayor of Travnik.

“The fact that so many people in Sweden have responded to the call to donate funds to provide gifts for children in Travnik best symbolizes the strong ties between our two countries,” stated Johanna Stromquist, Sweden’s ambassador to BiH.

While smiles travel to Sweden, they are accompanied by love without which there is no holiday joy or life. And we all need little things for joy and a smile.