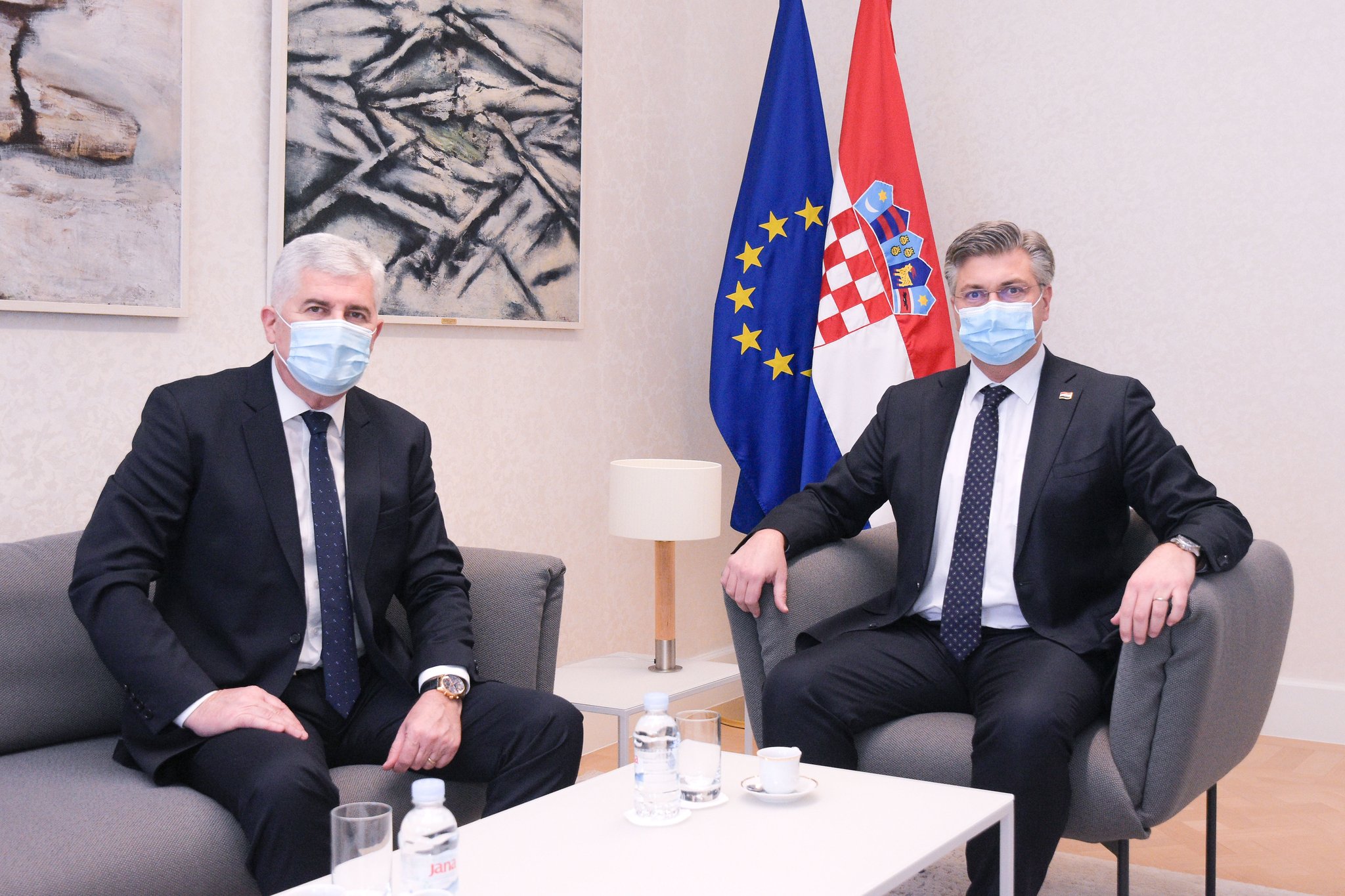 Today, the leader of the HDZ BiH, Dragan Covic, and the Prime Minister of Croatia, Andrej Plenkovic,  called for urgent changes to the Election Law of Bosnia and Herzegovina.

After the meeting with Plenkovic,  Covic wrote on “Twitter” that they discussed cooperation, bilateral relations and the progress of BiH.

“When it comes to BiH, we called for urgent changes to the current Election Law. This incredibly important process must finally restore the alienated rights of Croats and eliminate discrimination,” Covic said.

He added that the amendments to the Election Law must ensure “legitimate representation of the constituent peoples in both Houses of Peoples, as well as in the Presidency of BiH”.

”Negotiations on amending the Election Law should end on January 25th, ” the leader of HDZ Bosnia and Herzegovina (BiH) and HNS, Dragan Covic, announced yesterday.

After yesterday’s meeting in Kupres, Covic said that the meetings with European and American representatives on the Election Law should be completed by January 25th.

“I believe we have several talks next week, and around January 23rd, 24th and 25th there should be final talks on the topic of the BiH Election Law with representatives of the European and American administrations, in accordance with the agreement from Mostar,” Covic stated.

He added that, after that, further preparations will be made, including minor changes to the BiH Constitution so that elections can be held.