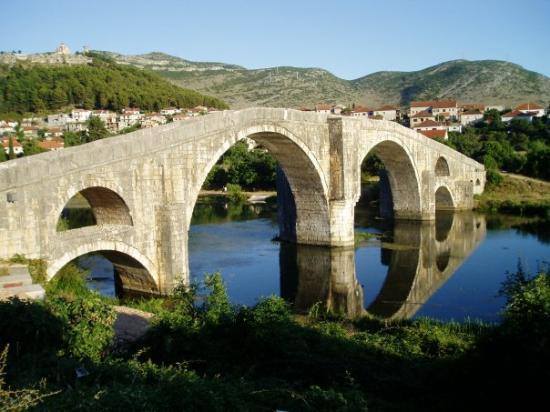 Arslanagića Bridge on the Trebišnjica River was built by Mehmed Pasha Sokolović and it was opened in 1574. The bridge connected the Central Bosnia and Novi (present Herceg Novi, then a part of Bosnia within the Ottoman Empire) and almost all trade was conducted across this bridge, especially salt. In 1687, the Venetians occupied Novi which caused the rich Muslim population to retreat towards Trebinje, and the bridge lost in importance. That was also influenced by the construction of roads towards Dubrovnik. One of the Muslims from Novi was the Arslan-aga who was tasked with collecting bridge fee, so he built a house right next to the bridge. In time, an entire village called Arslanagići appeared there, so the bridge itself was called the Arslanagića Bridge, after the man who took care of it.

At the end of the Second World War, the bridge was bombed by Chetniks in a desperate attempt to stop the Partisans. Luckily, the mines have not exploded completely, thus causing the damage on the left wing of the bridge only. The bridge has been dismantled, stone after stone, and has been left on the nearby field for several years. Legend says that there were offers from abroad for the purchase of the bridge and the most concrete one came from Canada. However, in 1970 the relocating of the bridge began and, after two years of constructing (stone blocks were marked with numbers and transported in boats), the bridge was opened again – this time several kilometers further down, in the Trebinje settlement Gradina. The village Arslanagića most is in its greater part flooded and only several houses remained above the lake level.

New epilogue regarding the Arslanagića Bridge appeared in 1993, with the conflagration of war in Bosnia and Herzegovina. Namely, by the decision of the former mayor of Trebinje, Božidar Vučurević, the bridge name was changed into Perovića Bridge, allegedly, claiming that the members of Arslanagić lineage are descendants of the Perović family. The name of the village was also changed into Perovića most. Even today, twenty years after the Dayton Agreement which ended the war in BiH, name of the bridge and the village has not changed, but people still call the bridge after its original name: the Arslanagića Bridge. 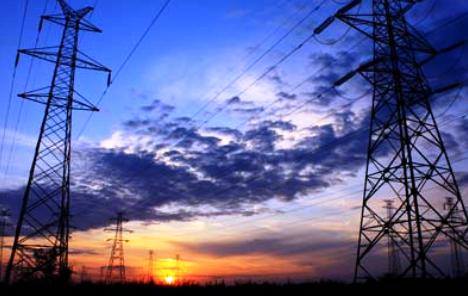 18 Sarajevo Settlements without Electricity next Week
Next Article The Project of District Heating worth 15.2 million BAM presented
Leave a comment Leave a comment