On the first day of this year’s last session of the High Judicial and Prosecutorial Council (HJPC), President Halil Lagumdzija said that one candidate is in the procedure for the election of the President of the Court of Bosnia and Herzegovina (BiH) and that a final decision on the election could be made in February next year.

He stated that there were two candidates, but that the application of the prosecutor of the Prosecutor’s Office of BiH, Dubravko Campara, was rejected by the Subcommittee. He explained that the positive regulations, which are in force, say that only someone who is a judge of that court can be elected president, and since Campara does not have that status, his application was rejected.

“There is one candidate in the further procedure – the current president of the Court of BiH. At this two-day session, we will carry out the first part of the procedure, related to determining his assessment. At the next session of the Council, that assessment will be confirmed and, according to this dynamic, the February session will be the one where the decision on the election or non-election of the President of the Court of BiHshould be made,” told Lagumdzija.

At the session held on Wednesday, the discussion on starting the procedure for electing new members of the Council began, considering that the mandates of three members expire next year, but due to certain ambiguities, it was decided that the discussion will continue the next day or possibly at the January session.

The session discussed amendments to the Rulebook on orientation criteria for the work of judges and professional associates in courts, for which Lagumdzija said that efficiency is important when it comes to civil litigation, primarily judicial proceedings.

During the discussion, some members of the Council questioned the amendments to the Rulebook and discussed the annual calculation of the judge’s norm. The problem of even distribution of cases was highlighted, that is, that the judge receives simple and complex cases so that he can have the necessary annual norm.

Certain minor corrections have also been defined when it comes to the point scale for resolving old cases in prosecutor’s offices, and the duties of court presidents have been specified. 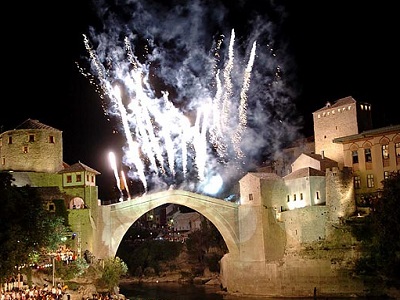