A special session of the National Assembly of the Republika Srpska (RSNA) is scheduled for today and the Proposal for a law on immovable property used for functioning of public authority is on the proposed agenda under the urgent procedure.

High Representative Christian Schmidt suspended the previously adopted law in April, and the Constitutional Court of Bosnia and Herzegovina declared it unconstitutional in September.

Former member of the Commission for State Property, Muharem Cero, commenting on the intention of the authorities in the RS to adopt the law on immovable property in its amended content, stated that the new bill is slightly different in terms of the legal lexicon and reference in its explanation and that it is essentially about the same matter, that is, about the public property that is being contested.

On the eve of the RSNA session, BiH Presidency member Željko Komšić announced he will appeal  RS entity property law if it is adopted.

RS NA MP Ramiz Salkić (SDA) assessed that this is a redesigned solution of an earlier law that the Constitutional Court of Bosnia and Herzegovina challenged.

With this act, according to Salkić, the entity government continues to ignore the views of the high representative as the supreme interpreter for the implementation of the civilian part of the Dayton Peace Agreement and the Constitutional Court of Bosnia and Herzegovina, whose decisions are final and binding according to that constitution.

The proposal of the law on immovable property that is used for functioning of public authority is the 15th out of a total of 29 items on the proposed agenda of today’s session of the RSNA, which should, among other things, adopt an increase in the wages of employees in the public sector, Fena news agency writes. 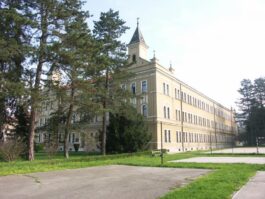