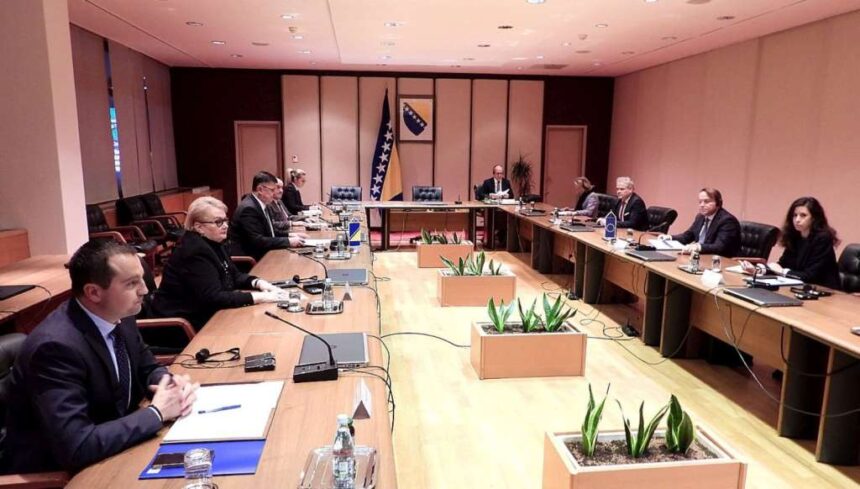 Chairman of the Council of Ministers of Bosnia and Herzegovina, Zoran Tegeltija, and Ministers of Foreign Affairs and Finance, Bisera Turković and Vjekoslav Bevanda, spoke today with the European Commissioner for Enlargement and Neighborhood Policy, Oliver Varhelyi, about BiH’s European path and achieving progress according to the defined key reform priorities.

Tegeltija expressed the expectation that the European Council will confirm the granting of candidate status to BiH in mid-December, adding that such a decision would relax relations within BiH and direct the focus of all political actors to the European path and necessary reforms.

The officials pointed out that the Council of Ministers of BiH remains committed to European integration and the harmonization of policies and standards with the legal acquis of the European Union.

During the meeting, they also exchanged opinions on BiH-EU dialogue within the framework of the Stabilization and Association Agreement, overcoming the energy crisis and supporting budgets in the coming period, the Council of Ministers of BiH announced.