The extraordinary session of the House of Peoples of the Parliament of the Federation of Bosnia and Herzegovina (FBiH HoP), which was adjourned on October 19 due to the lack of a quorum, will continue tomorrow when the delegates should vote on the appointment of the last remaining judge of the FBiH Constitutional Court.

In the course of the session so far, the FBiH President’s proposal to appoint three of the four judges of the FBiH Constitutional Court has been accepted, but the issue of appointing the fourth judge and the last remaining has not been resolved due to lack of quorum.

The judges whose appointment was confirmed by the House of Peoples are Ajša Softić (Bosniak), Mirko Milićević (Croat) and Branimir Orašanin (Serb).

The president and vice presidents of the Federation of Bosnia and Herzegovina did not reach an agreement, and could not propose a name for the fourth judge.

At the session of the House of Peoples, the appointment of the fourth judge caused a long discussion in which different opinions were expressed about how the fourth judge of the FBiH Constitutional Court should be chosen.

The agenda of this extraordinary session stipulated that he/she would be appointed from the candidate lists submitted by the High Judicial and Prosecutorial Council (HJPC) of BiH from 2019 and 2021, as there were two different competitions.

This means that the decision on changes to the Constitution of the Federation of BiH, which was imposed on October 2 by the High Representative in BiH Christian Schmidt, would apply for the first time. The aforementioned changes provide that if the President of the Federation of BiH does not propose judges, the majority of those present in the House of Peoples will vote to confirm the highest-ranked candidate from the list submitted by the HJPC of BiH.

The president of the Bosniak Caucus, Jasmin Duvnjak, is of the opinion that the fourth judge should be appointed by the House of Peoples from the list of candidates of the High Judicial and Prosecutorial Council and should be a Bosniak from the group with the best ratings.

The Croat Caucus believes that the fourth judge should be elected according to the decision of OHR, the High Representative’s amendment, and this implies that voting should begin with the list from 2019, then in 2021, until the most successful candidate by a number of votes is elected.

“If no one gets the required number of votes, a new competition will be announced. We are of the opinion that the delegates should declare themselves according to the instructions of the OHR and the High Judicial and Prosecutorial Council of BiH,” said the head of the Croat Caucus, Ivo Tadić.

Also, comments were made at the session that the HJPC ordered the candidates alphabetically on its lists, and not according to the points that they got at the competitions. The delegates also believe that according to the decision of the High Representative, it is not clear from which constituent nation – Serbs, Bosniaks, Croats, or those who declare themselves as “Others” – the fourth judge should be appointed.

As of 2019, the Constitutional Court of the Federation of Bosnia and Herzegovina had five elected judges out of a total of nine judges, as there was no agreement on the appointment of the remaining four. This prevented the functioning of the Council for the Protection of National Interests, which implies a certain national composition of judges of the FBiH Constitutional Court.

When will the Central Election Commission of BiH confirm the Results?
Next Article 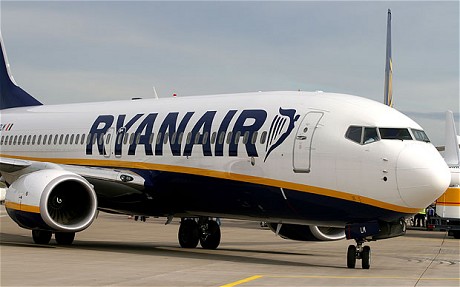