At yesterday’s session in Mostar, the Government of the Federation of Bosnia and Herzegovina (FBiH) supplemented its earlier decree on assistance to the population affected by price increases due to global inflation.

”This amendment from the Federal budget enabled the payment of one-time cash assistance of 100 BAM each for unemployed persons in the Federation, as was already done earlier for more than 530.000 citizens. As a reminder, in August these payments were made for pensioners, combatants, people with disabilities, civilian victims of war, social categories that receive financial and other assistance, and for which funds were allocated from the FBiH budget,” the statement clarified.

At the Government session yesterday, it was specified that the right to a one-time monetary compensation will also accrue to persons who had the status of unemployed at the employment bureaus in FBiH on August 31st of this year.

The money will be transferred to the cantonal employment services, after they have submitted the request for payment, along with the final list of beneficiaries.

As confirmed by the Prime Minister of the FBiH, Fadil Novalic, the growth of public revenues in the first six months of this year enabled the Government of the FBiH to additionally intervene with the unemployed.

”In recent years, we have shown the ability to adapt to all extraordinary circumstances and situations. Aware of the effect and unwanted consequences of inflation that has gripped the whole world, we have brought programs to help our citizens most affected by price increases. We monitor the situation in our country all the time and hear messages from citizens. With today’s decision on the payment of one-time financial aid for about 270.000 unemployed people, the number of citizens covered by the support measures of the Government of the FBiH is almost a million,” Prime Minister Novalic stated yesterday.

He recalled that the Government’s decision regarding the five-month subsidization of electricity costs with 100 BAM for 70.000 citizens is already in effect. Last week, the distribution of packages of basic foodstuffs from the federal commodity reserves for about 17.000 families in the FBiH began.

With yesterday’s government amendment to the Regulation, the cantonal employment services are tasked with paying 100 BAM each to the accounts of the unemployed by November 30th of this year at the latest, if they have valid information on their transaction account in their records. If they do not have, the person exercising the right to compensation must submit valid information about his account to the competent cantonal employment service no later than October 30th, Klix.ba writes.

Dodik: Immovable Property belongs to the RS, and let them remember that it is ours
Next Article 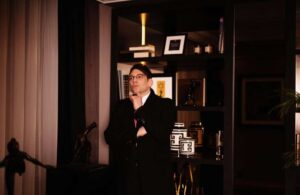