The association of supporters of the Turkish football club Fenerbahce in Gelsenkirchen, which rented its space for the screening of Boris Malagurski’s controversial film, announced that Malagurski had deceived them.

”Fenerbahce has always stood by the oppressed around the world since the day it was founded. Bosnia and Herzegovina (BiH) and the Bosnian people have a special place in the hearts of all Fenerbahce fans. We unintentionally hurt our Bosniak brothers. This made us deeply sad. We apologize to all the citizens and point out that we, as millions of Fenerbahce fans, are their supporters until the end. On this occasion, we condemn the genocide in Srebrenica and mercifully commemorate the memory of our martyrs,” the association further stated.

To recall, after Boris Malagurski’s controversial film ”Srpska: The Struggle for Freedom” was banned in all commercial cinemas in Germany, the Turkish community in the German city of Dortmund, for unknown reasons, decided to rent its premises for the screening of the film in which, among other things, the genocide in Srebrenica is denied. 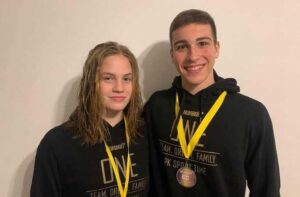