The first festival of Banja Luka’s Cevap, Cevap Fest, was held yesterday in the center of Banja Luka, at the parking lot near the Museum of Contemporary Art of Republika Srpska (RS), and many Banja Luka citizens used this opportunity to enjoy the famous Banja Luka brand at the opening of the festival.

“Beautiful, I regularly consume cevapi, such a festival should have been opened also because of others, especially because the prices are low, so many could afford cevapi yesterday,” said Dijana Grujic from Banja Luka.

Asked whether she had tried other famous cevapi from Bosnia and Herzegovina (BiH), she replied that she had, but “Banja Luka’s are the best”.

“It’s important that this festival is being organized in order to make the brand of Banja Luka cevap. I love cevapi, I do not eat them often because of my health, but I love them. I’ve also tried cevapi in Sarajevo, Travnik and many places in Serbia, but Banja Luka’s are the best, “ said Ratko Mackic.

Nebojsa Kustrinovic, promoter of the Cevap Fest, says that such a festival should have been organized earlier.

“All of us who are a somewhat older know that Banja Luka cevap has become a gastronomic brand long time ago, “ said Kustrinovic, adding that visitation of citizens shows that the organization of such a festival was a real move.

According to him, the idea to also organize a summer festival that should last for three days is being considered.

“We have visited many cevapi places while preparing this event, and each of them has their own recipe. What is common to all of them is the Banja Luka somun which is a part of Banja Luka’s cevap. It is prepared in the oven with high temperatures, “ Kustrinovic said.

As a gourmand, he explained that Banja Luka cevap seeks to include all the senses, besides smell and taste, it also requires touch, so most commonly people eat it with their hands. Also, red onion is necessarily served with a portion of Banja Luka cevapi.

“That is why there is a habit for couples, that both of them eat onion when they eat Banja Luka cevapi,”  Kustrinovic joked.

Igor Radojicic, the Mayor of Banja Luka, said that Banja Luka cevap is one of the gastronomic products which are known for this city.

Cevap fest lasted until 11:30 pm, and as a follow-up activity, a cultural and entertainment program was organized, involving cultural art societies, stand-up comedians and the City Tamburitza Orchestra. 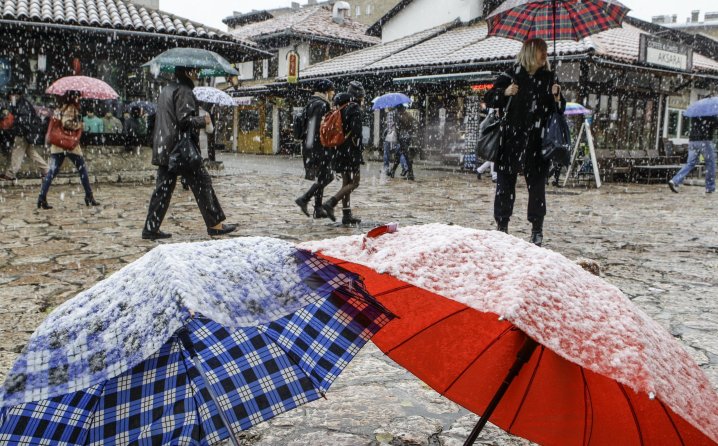