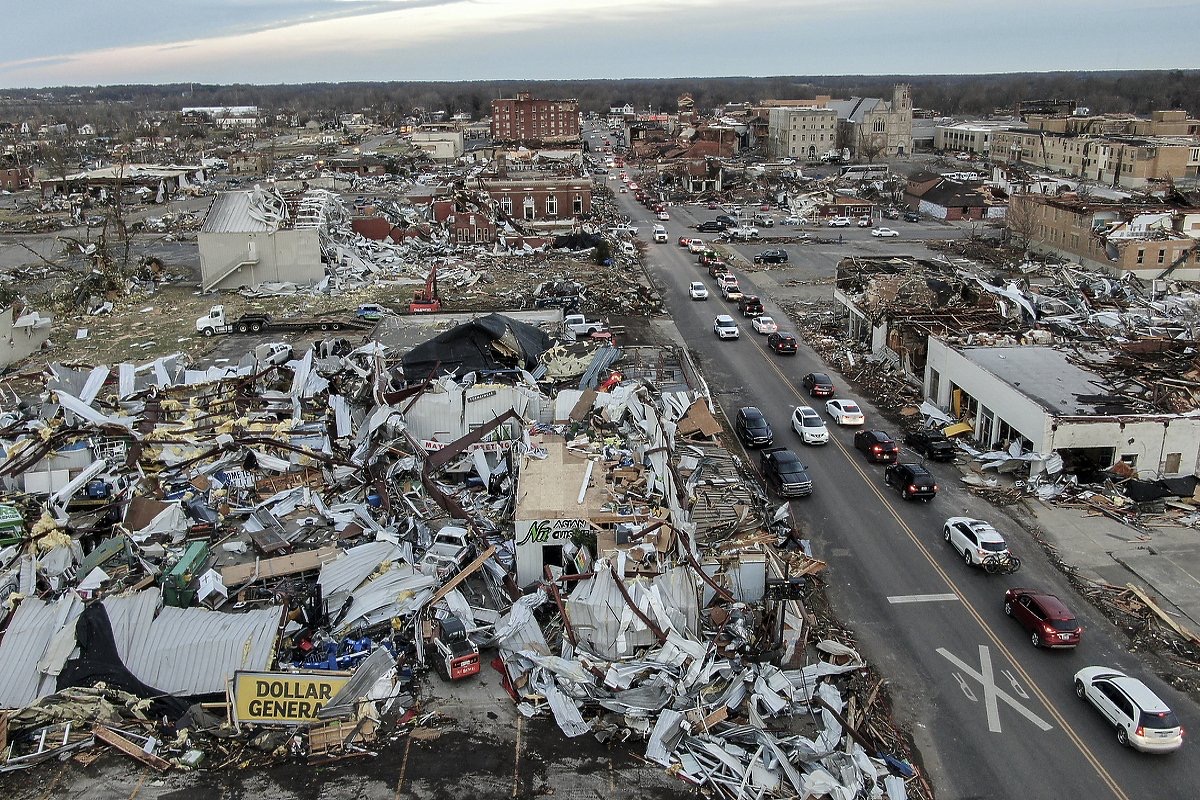 At least 100 people died in a series of tornadoes that hit Kentucky in the United States (U.S.), and residents of this federal state, who are originally from Bosnia and Herzegovina(BiH), also suffered the horrors of the disaster. As it was foundout, five people were killed.

According to information from the BiH Ministry of Foreign Affairs, the Consulate General in Chicago received unofficial information that people of BiH origin are among the missing persons.

It is assumed that these are two families, but it is unknown whether they are BiH citizens or persons of BiH origin. More detailed information is being checked, as it was told by the ministry.

As it was found out, in the part of Kentucky where the successful BiH community lives, five Bosnians and Herzegovinians were killed.

“Five members of the Besic family are among the victims. They are an adult woman, together with four minors who are children of two brothers. The oldest child was eight and the youngest five months old,” explained the source.

The tornado also caused great material damage, and the factory of one BiH businessman was also destroyed.

It is one of the factories that deal with processing parts for the automotive industry, and which was completely destroyed by the tornado. According to estimates, the damage to the factory amounts to more than 15 million dollars, and the total damage that occurred after one of the worst series of tornadoes will add up to billions of dollars.

It was pointed out from Kentucky that the material damage will be compensated, but that the human casualties are irreparable.

Strong winds destroyed everything on their way, houses, businesses, and other facilities. More than 100 people were killed, and a large number of people are listed as missing.

In Kentucky, there are also injured people who are hospitalized for treatment.