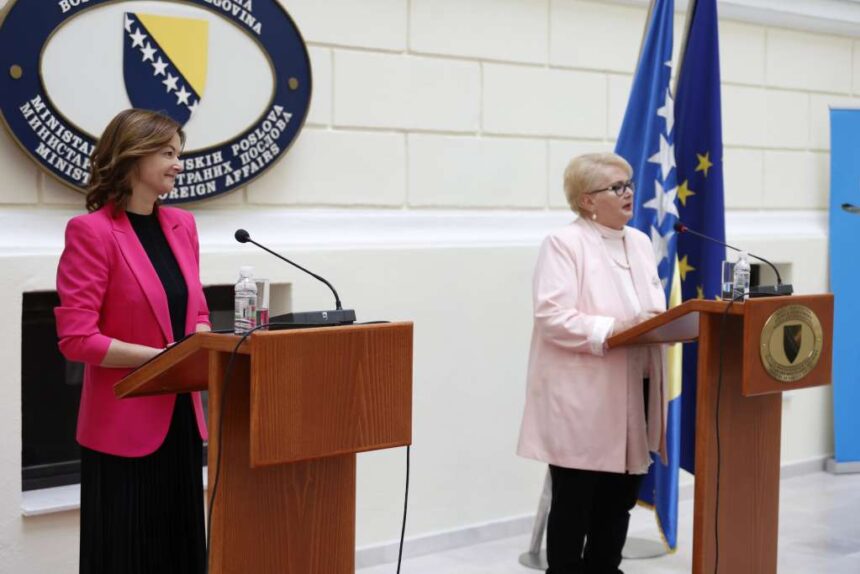 Ministers of Foreign Affairs of Bosnia and Herzegovina and the Republic of Slovenia, Bisera Turković and Tanja Fajon, talked today in Sarajevo about the most important bilateral issues, the current situation in BiH and its European path.

This is the first visit of the European official after BiH became a candidate country for membership in the European Union, and Minister Turković thanked Minister Fajon for her selfless engagement and strong advocacy of a positive decision to grant BiH candidate status.

“Along with the Stabilization and Association Agreement, candidate status represents a clear path for BiH and its citizens, and it is up to BiH to speed up the implementation of the priorities set for the candidate status we received. It remains now as our debt to be fulfilled as soon as possible,” said Minister Turković.

She said that Bosnia and Herzegovina is increasingly harmonizing its foreign policy with the EU’s foreign and security policy.

Minister Turković pointed out that Slovenia has continuously supported BiH’s European path for many years and said that Minister Fajon was a force that gave hope to BiH through her speeches in the European Parliament.

During the meeting, the officials discussed the most important bilateral issues as well as the current situation in Bosnia and Herzegovina after the general elections. They also talked about the situation in the Western Balkans, threats to stability in the region, the strengthening of Russian influence, and the continuation of European reforms in Bosnia and Herzegovina.

“We also talked about attempts to deepen divisions in Bosnia and Herzegovina, contrary to European values. We hope that this gap will be overcome. After the High Representative imposed changes to the election regulations and set the deadlines, we expect the OHR to ensure the implementation of those regulations, as well as the implementation of the decisions of the Constitutional Court and to initiate criminal action for violating the provisions of the Constitutional Court,” Minister Turković pointed out.

When it comes to the economic relations between the two countries, Turković assessed that they are developed and that the trade exchange is good, but there is a possibility for its enhancement. Slovenia is the fourth most important foreign trade partner of Bosnia and Herzegovina. Foreign trade exchange is constantly increasing, and its growth continued in 2021 and 2022.

Minister of Foreign Affairs of the Republic of Slovenia, Tanja Fajon, expressed her satisfaction that she is in Sarajevo today, for the first time after BiH received EU candidate status, on which she congratulated the citizens of BiH.

“Slovenia has lent a hand and is here to offer professional assistance to Bosnia and Herzegovina, which will face demanding and difficult challenges in the process of reform within BiH. Use the opportunity that has been offered to you, the hand of the European Union that has been extended to you, and it depends on Bosnia and Herzegovina how they will use this chance,” said Minister Fajon.

During the meeting, bilateral relations between Slovenia and Bosnia and Herzegovina were also discussed, which, according to the assessment, are traditionally good and without major open issues.

”I am glad to speak with young people in this country. Slovenia also offered great help in bilateral cooperation in the academic segment. About 1,500 students from Bosnia and Herzegovina, that is, from the region, have a free education in Slovenia,” Minister Fajon concluded, Fena reports. 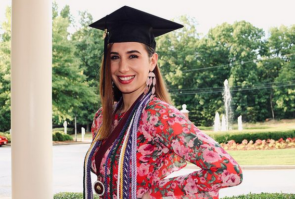