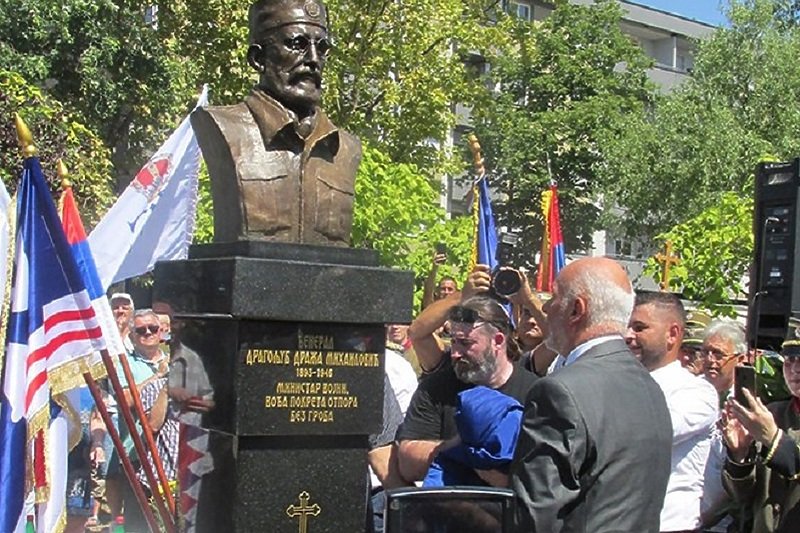 The Kingdom of Serbia – Republika Srpska Association is organizing “Draza’s Day” on July 17, 2022 in Bijeljina, on the Square of General Dragoljub Draza Mihailovic.
The presidents of the Three parties, Edin Forto, Nermin Nikaic and Elmedin Konakovic, sent a request to the Bijeljina Police Department to ban that gathering.

On this occasion, in a joint statement, they say: “The gathering on the occasion of celebrating the character and works of Draza Mihailovic is a public incitement of national and religious hatred and intolerance.” Should we remind you, Draza Mihailovic was the leader of the fascist Chetnik movement, one of whose goals was the extermination of Bosniaks from Sandzak and Bosniaks and Croats from Bosnia and Herzegovina. Among other things, because of this, he was convicted and shot in 1946. They also killed in his name in the last war.

We remind you that on June 22, 2022, the Appeals Chamber of the Court of Bosnia and Herzegovina sentenced Dusan Sladojevic, Slavko Aleksic and Rista Lecic to five months in prison each for causing national, racial and religious hatred, discord and intolerance in the area of ​​Visegrad and the surrounding area.

Sladojević, Aleksić and Lečić at a gathering of members and sympathizers of the Ravnogorski Chetnik movement on March 10, 2019, glorified the Chetnik movement and  Mihailovic and sang songs that in their lyrics call for threats and violence.

If we look back over the years, identical messages are sent from every gathering that glorifies the character and misdeeds of  Mihailovic, so it can be expected without a doubt that members of the public in military uniforms will be present at the announced gathering in Bijeljina, and that the gathering will be accompanied by the shouting of slogans and by singing songs calling for violence, as everyone has done so far.

It is awakening trauma and digging into the wounds of all Bosniaks and Croats of Bijeljina, but also insulting all anti-fascists, regardless of their ethnicity, and we hope that the ban on gatherings will stop.” 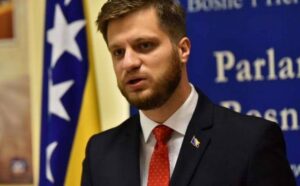 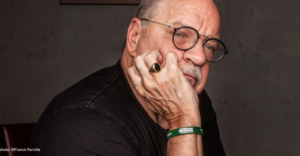