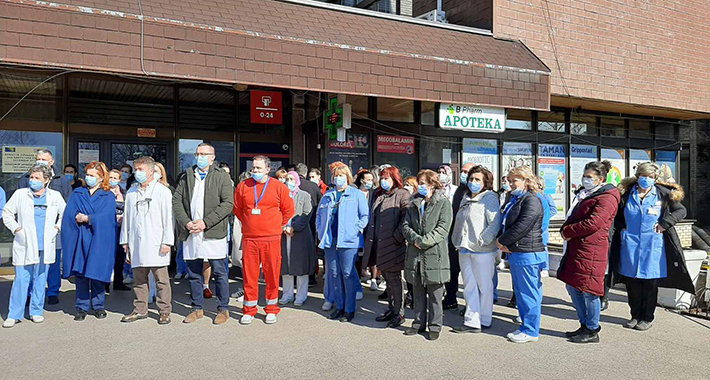 The financial plan of the Health Insurance Institute of the Una-Sana Canton did not receive support in the Assembly of the USC, which is why there are still no conditions for the payment of the December salary to health workers.

The reason for the non-adoption is the lack of a parliamentary majority in the USC Assembly.

“We are disappointed and dissatisfied. We are a canton again and that is a shame. After the session of the Trade Union Presidency, we will decide on the next steps we will take,” said Elvir Hrustanovic, president of the Bihac Cantonal Hospital’s Independent Trade Union.

The SDA-led opposition is not held accountable and is demanding that the prime minister resign. The budget of the USC will be presented to the members of parliament today, but in the form of a draft.

“We proposed the budget in the form of a proposal to ensure regular payments of salaries and all benefits from the budget, but MPs asked for it to go in draft form. We make the mandates available, but it is known how to deal with it. If they have someone, they start the procedure and propose a new government “, says Mustafa Ružić, Prime Minister of the USC.

If the draft budget is adopted, it must go to a public debate that is difficult to complete in ten days, so the payment of the January salary in February for about 6,000 budget users is already questionable.