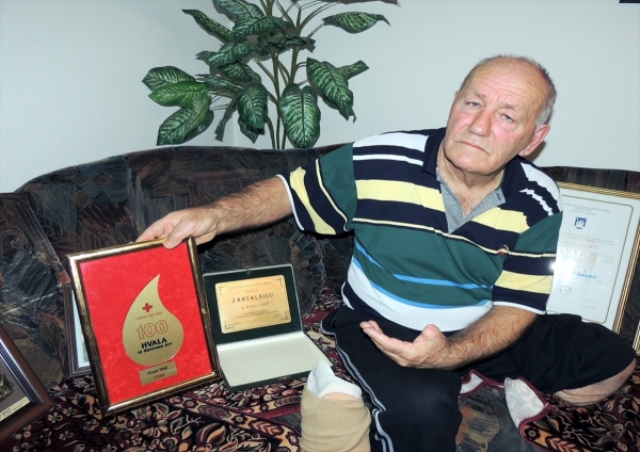 Hasan Vojic from Bihac donated blood 103 times. There are numerous acknowledgments in his home, among them the gratitude of the City of Bihac for the expressed humanity, the strengthening of interpersonal solidarity and the improvement of the life and health of citizens.

In the year of 1974, Vojic started working at the Bihac company “Una Komerc” where he worked as deputy chief of the warehouse.

He then joined the youth organization and he was elected president of the youth company “Una Komerc”. Hasan donated the most valuable liquid for the first time in that company, and hadn’t stopped that practice until 2003, when he decided to stop this activity that permanently.

Despite the fact that the former Yugoslav People’s Army (JNA) evaluated him as incapable of serving a military service, Hasan could not sit at home doing nothing and just peacefully watch his neighbors and fellow citizens fight. Since he joined the defense units of Bihac in November 1992, Hasan did not miss a single day on the battle line, and all that time he was also busy with civil affairs and spent most of his free time on that instead of resting.

He received numerous awards and acknowledgments, among which the one from the Red Cross of the FBiH for donating blood 100 times. In a 40-year-old booklet he preserves a certificate with copies of all dates of his blood donations. 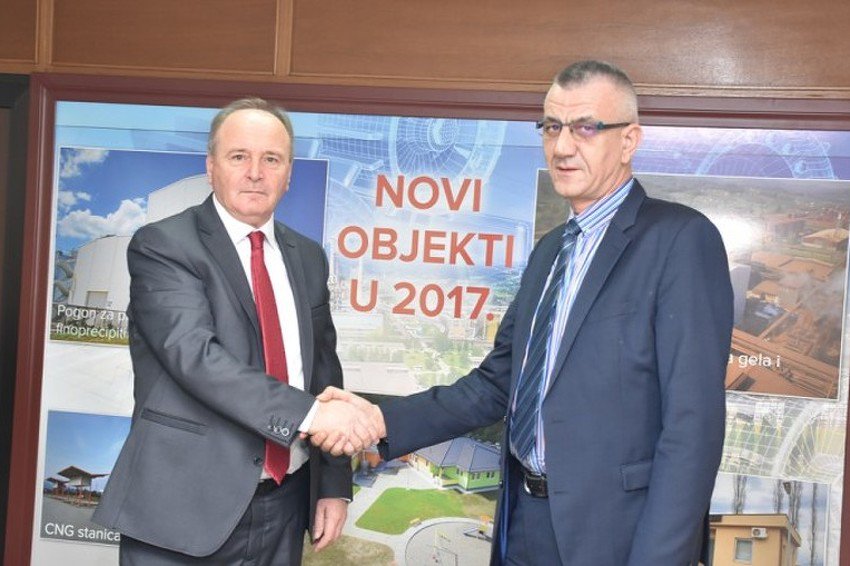 Alumina and Coal Mine Banovici signed a contract worth 29 million BAM
Next Article Sarajevo Times wishes you Happy New Year!
Leave a comment Leave a comment