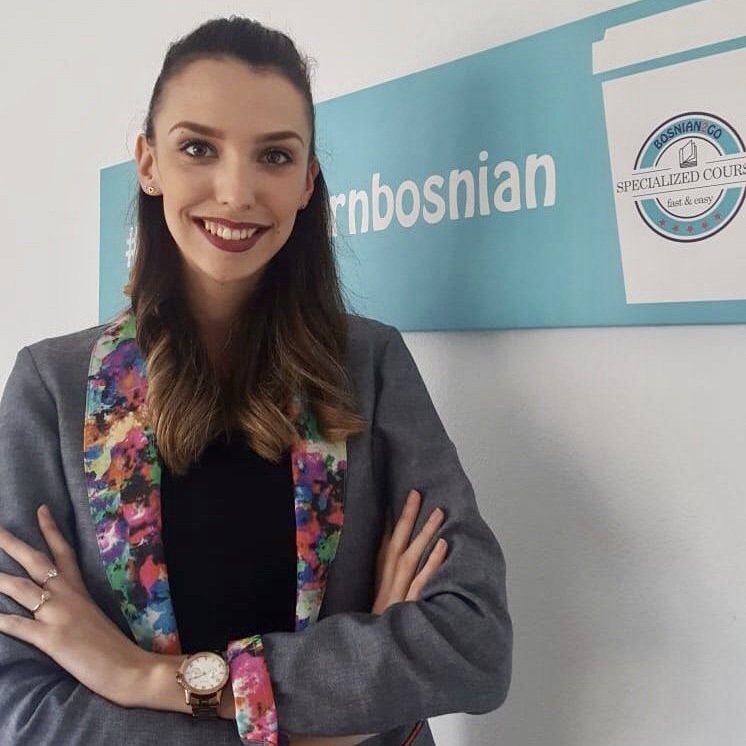 “Every new student is a new story for me because I work with people from all around the world,” says Bosnian language teacher Amina Bjelopoljak.

In celebration of International Mother Language Day on Sunday, the Sarajevo Times interviewed Amina Bjelopoljak from Bosnian2go  on why she loves teaching her mother language to foreigners.

International Mother Language Day was first announced by UNESCO in 1999 to embrace linguistic and cultural diversity, and encourage multilingualism.

Since then, February 21 has become the day to globally celebrate mother languages.

Amina Bjelopoljak, who is nearing completion of a postgraduate degree in Literature of the Peoples of Bosnia and Herzegovina, has worked at Bosnian 2Go language school in Sarajevo since July 2018, teaching Bosnian to students from across the globe.

“I studied and graduated Bosnian language [sic] at the University of Sarajevo and I always wanted to be a teacher,” she said.

“When I got the opportunity to teach Bosnian as a foreign language and realised how interesting it is, I found myself in that job.”

Ms. Bjelopoljak told the Sarajevo Times there are many rewarding aspects of teaching Bosnian to foreigners.

“Working as a Bosnian language teacher brings me satisfaction because I am proud that so many people want to learn my language,” she said.

“Every new student is a new story for me because I work with people from all around the world.

“I learn a lot about different people, different cultures and I often make great friendships with my students.”

Among her colleagues at Bosnian2go  language school, Ms. Bjelopoljak is known for having “the kindest smile”.

“Amina is charismatic and extremely patient…whether she is working with groups or in a one-on-one setting, Amina easily passes her positive energy to her students,” the Bosnian2go  website says about its staff member.

“The students like to learn with her because of her ability to pass knowledge in the most fun, creative and simplified manner.”

For Ms. Bjelopoljak, a lighthearted approach in the class space is ideal for optimal learning and enjoyment.

“A relaxed atmosphere in class is what I love the most and what I am always trying to make,” she said.

“That usually brings funny stories and jokes at the end of the lesson and I like it.

“That helps students to feel more comfortable with me and makes learning easier,” she added.

The only challenge with teaching foreigners Bosnian language, according to Ms. Bjelopoljak, is padezi.

Padezi is translated in English as ‘grammatical cases’,

and describes where the form of a noun, pronoun, adjective or numeral in a sentence changes depending on its composition in the sentence, assigning the word a different function within that sentence.

In the Bosnian language, there are seven cases: nominative, genitive, dative, accusative, vocative, instrumental and locative.

“Sometimes it is complicated to find the equivalent in other languages in order to make some grammar topics easier for students…but we try to explain it in the easiest way possible,” she said.

According to the Foreign Service Institute,Bosnian ranks fourth out of five categories for complexity, with “significant linguistic and/or cultural differences from English”, and requires approximately 1100 hours to attain general proficiency in reading and speaking.

Other languages in this category include Russian, Finnish, Hindi, Thai and Zulu.

Languages in the highest category for difficulty include Japanese, Chinese and Arabic.

Written by Miya Yamanouchi for the Sarajevo Times.

Turnout in Doboj Elections is 47 Percent
Next Article 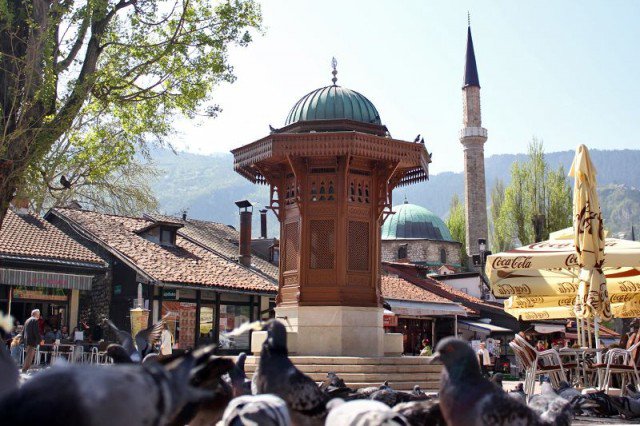