Immediately after coming to power in 1945, the communist regime arrested Mustafa Busuladžić and condemned him to death. In the night of June 29, Busuladžić was executed in the Sarajevo settlement of Velešići, behind the railway station. An unknown passerby found his glasses and fez at the site of the shooting and took them to Mustafa’s parents. Witnesses testified that he was very calm prior to execution and that he was reading Quran all night long.

There are a few people who do something during their lifetime that surpasses the framework of average human existence, those whose ideas outlive themselves. Even rarer are those who are ready to give their life to defend their words. One of them was Mustafa Busuladžić. Thirty-one years of his life are an excellent lesson of how to live and how to die.

Mustafa Busuladžić was born on April 1, 1914 in Gorica near Trebinje, to father Smail and mother Emina. His son Muhamed says that Mustafa had a happy childhood and that already then he showed interest in religion. Muhamed explains his father’s passion for religion through the novel Muhammad PBUH by Abdurezak Hivzi Bjelevac.

“In that novel, Bjelevac writes that desert ambiance is ideal for the development of religious mentality. The sun that shines strongly fueled the love for religion in Muhammad PBUH. The area of Trebinje is specific because it has the characteristics of continental hinterland, but it also had the scent of the Mediterranean. In that environment, my father’s love for religion was born,” Muhamed says.

After four grades of elementary school, Mustafa Busuladžić enrolls into the Elči Ibrahim-pasha’s Madrasah in Travnik. Three years later, he transfers to the Gazi Husrev-bey’s Madrasah in Sarajevo, where he graduated in 1936. As a student in madrasah, he published articles in “Novi Behar”, “Islamski glas”, “Obzor”, “Svijest”, “El-Hidaja” and “Naša Domovina”. His son Muhamed says that he interprets Mustafa’s articles written in madrasah in the same way like literary critics interpret early works of Leo Tolstoy.

“Critics said that Tolstoy’s early works are equally serious and mature as his works written in later stage. I think the early works of my father are as mature as those he wrote prior to the execution,” Muhamed.

“The late Hazim Šabanović, my father’s classmate, told me that already in madrasah Mustafa used to read Oswald Spengler in original form, in German language, and that he knew many of the pages from that book by heart. The German philosopher Spengler wrote the famous work “Decline of the West”, which my father used to better understand the processes in the society at the time,” Muhamed explains.

Hafiz Mahmud Traljić wrote about Mustafa’s lectures: “Wherever he held a lecture, rooms were filled to the capacity. He even printed some of those lectures. His lectures and published articles are valuable even today, fifty and more years later, as much as they were when they were first held or published.”

Muhamed mentions that not only Muslims were delighted with intellectual capacities and character of Mustafa Busuladžić. He was a friend to everyone and openly approached those who had different attitudes. One of them was Dušan Šimšić, a Serb who was a friend of Mustafa. Precisely Dušan said that Mustafa and his closest friends have outgrown their generation, that they matured long before the generation they were a part of and that precisely that was their largest tragedy.

After graduating from madrasah, Mustafa enrolled into the Higher Islamic Sharia School, which was the highest educational institution in Bosnia and Herzegovina at the time. As one of the best students, he received scholarship from the Italian government and in 1940 he left for post-graduate studies to Rome. Muhamed says that Mustafa had long conversations with Orthodox and Catholic priests during his stay in Trebinje. Prior to leaving to Rome, Mustafa got married in Zenica, and then he went to Trebinje to say goodbye to his parents. The reputation he enjoyed is best evidenced by the fact that all residents of Trebinje, regardless of their national and religious affiliation, walked him to Hum and wished him a happy graduation.

During his stay in Rome, Mustafa was publishing works in two Italian magazines: “Oriente Moderno” (official gazette of the Oriental Institute of the University of Rome) and “Mondo Arabo” (a weekly newspaper about events in the Arabic world). Muhamed says that it is reliably known that Mustafa published works about Gazi Husrev-bey and Mehmed Handžić in the magazine “Mondo Arabo”.

While he was still in Rome, Mustafa also wrote and spoke against communism. He was intrigued by the question what viewpoint should Muslims take regarding war, fascism and communism. On Radio Rome he hosted a show in which he expressed his attitudes about the burning issues of that time. In 1942, he returned to Sarajevo, where he finds total chaos. Muhamed says that it was almost impossible to make concrete and practical actions, so Mustafa continued his educational engagement through written word. “He was aware that the communism will destroy the morale, not only of Muslims but of all other people alike. Also, he was aware that communism will destroy family as the basic core of human society. He wrote about how communists will enable biological survival, but that they will destroy our spiritual being, as well as the identity of the Bosniak nation.”

Muhamed says that Bosniaks welcomed the cataclysm of the Second World War thorn between worlds, between two options: to support the Germany, which would practically be the high treason of the homeland, or to support the partisans, which would mean direct aid to the arrival of communism to the region in case the Allies win. Mustafa Busuladžić turned against the partisans, believing that communism is the largest scourge that threatens the mankind. He decided to return to his homeland in order to help his people. Muhamed says that Safija, one of the students of Mustafa, said that Mustafa came from Italy in the capacity of a journalist of Radio Rome, because he was not allowed to travel without special approval.

Before they came to power, the communists made a list of people that are to be liquidated. One of the names on the list was Mustafa Busuladžić’s. Immediately after coming to power, communists launched the open combat with people who had different political attitudes than theirs. Mustafa was among the first ones who were arrested. Atif Hadžikadić, former mayor of Sarajevo, was arrested together with him. The trial lasted for two days and Mustafa was tried because of the book “Muslims in the Soviet Russia”, as well as because of his attitudes about communism. He was sentenced to death by shooting. In the night of June 29, he was shot in Velešići, behind the railway station. Because of the reputation he enjoyed among all classes of society, the communists buried his body in secrecy. It is still not known where he is buried. However, the name of Mustafa Busuladžić outlived the system that condemned him to death. Without a tombstone on a piece of land, Mustafa remains alive in language and collective memory. Those who find their place there do not even need a grave. 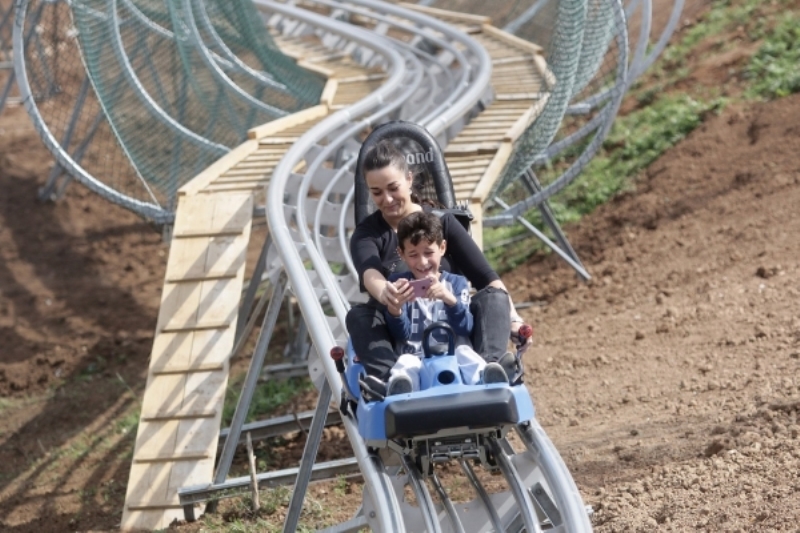