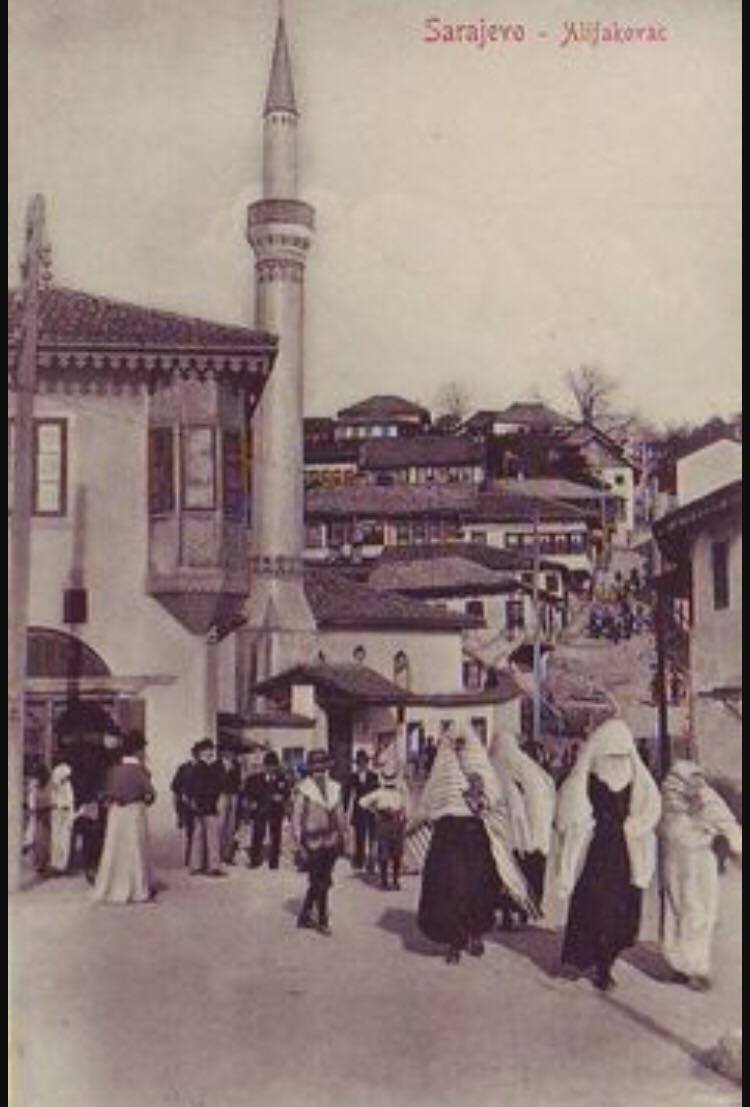 Alifakovac Street is located on the left bank of Miljacka River. It starts from Seher-Cehajin Bridge next to the City Hall, then leads to the east through the eponymous settlement Alifakovac, then beneath turbe where it meets with Podcarina Street. Part of the city through which the street leads is known as Alifakovac, and includes several of the local streets with considerable history and tourist value. Following folk etymology, the name came from Ali Ufak, the legendary scholar and shaykh from the earlier history of Sarajevo, who was traditionally buried in the cemetery of Alifakovac.

It consists of Mali and Veliki Alifakovac, and when you come to the top of the street, you are welcomed by a large stone paved plateau, around which is located a cemetery which intersected roads leading to multiple sides: towards Babica garden, Kozja Cuprija, Ciljegovici, Magoda-Megara, Mali and Veliki Alifakovac. At the center of the cemetery, on its most prominent point, there are two small stone open turbe on stilts, and around them are scattered white tombstones in all directions. The whole picture is completed by an old fountain.

The oldest known name of this street was Carina. This name was registered in the first plan of the city back in 1882, and it was given long time ago because somewhere on the road with a similar name, goods were getting clear of customs which, from the East side, were brought on the Sarajevo market.

After 1996, it got its old name back, Veliki Alifakovac, as it is still called like that.

At the end of the street there are two, for this part of the city, significant buildings – Inat kuca (House of Spite) and Hadzijska or, as it is also called, Vekil-Harac mosque.

Forbes reveals: Who is the wealthiest Bosnian?
Next Article No Mother Should ever have to Bury Her Son
Leave a comment Leave a comment