Kuwait Airways will be flying from its base at Kuwait International Airport to the capital of Bosnia and Herzegovina, Sarajevo, starting 9 June 2020.

Kuwait Airways is already selling the flights for this route, scheduled to run between 9 June and 12 September. The flights will run three times weekly, each Tuesday, Thursday and Saturday. The scheduled flight duration is five hours and five minutes.

All flights will be operated by Kuwait Airways’s Airbus A320 aircraft, and most of them with the A320neo. The Kuwaiti airline received its first A320neo last year.

Bosnia and Herzegovina is one of only six European countries in which more than half of the population identifies as Muslim. At the same time, it is one of Europe’s most friendly tourist destinations, ranking eighth in a World Economic Forum Competitiveness Report.

At the same time, the cost of living is cheap. The country ranks lower than Honduras or Zambia for GDP, according to the IMF. This makes Bosnia and Herzegovina a fairly attractive destination for Muslims looking to escape those hot Middle Eastern summer months.

An airline based in the country, FlyBosnia, has already capitalized on this religious tourism. Simple Flying analyzed this strategy last year.

FlyBosnia already operates flights between Sarajevo and Kuwait, since last summer. Thus, Kuwait Airways will compete directly against FlyBosnia on the route.

In summer 2020, FlyBosnia will operate the route twice weekly, on Fridays and Sundays. It will fly for four weeks longer than Kuwait Airways, from late May until the end of September.

This clearly indicates that Kuwait Airways is targeting point-to-point demand on this route. It will try to take the market share created by FlyBosnia last year when the route was first launched.

Still, Kuwait Airways might be aided by the codeshare agreement with Etihad that it signed this month. Etihad’s five daily flights to Kuwait City may well prove to be an important feed for Kuwait Airways’s A320 aircraft heading for Sarajevo three times weekly.

After all, there are no direct flights from Sarajevo to Abu Dhabi and passengers presently transfer in Dubai onto flydubai’s flights to Sarajevo.

At the same time, Kuwait Airways should not find much of a competitor in FlyBosnia on the route, since Kuwait offers better scheduling and more frequency, which makes for more flexible trip planning. All in all, the route should prove successful and return in 2021, Simple Flying reports. 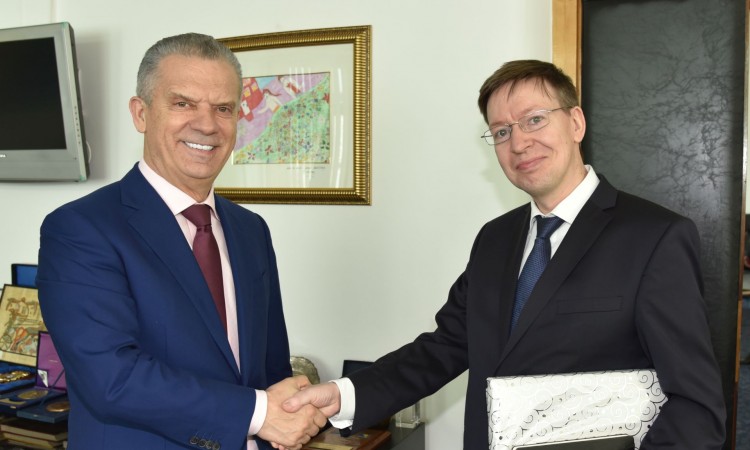