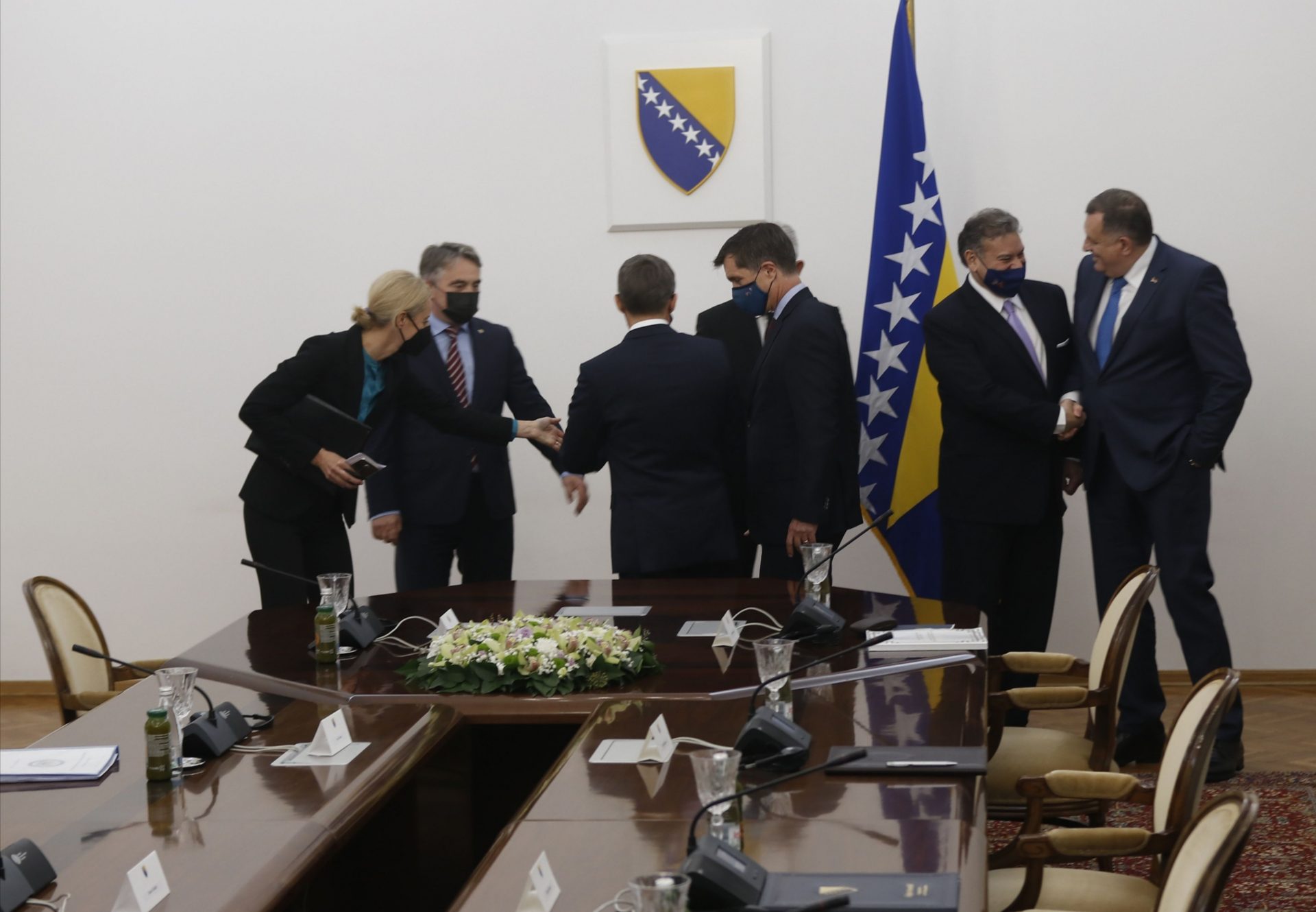 The Chairman of the Presidency of Bosnia and Herzegovina (BiH) Zeljko Komsic and the members of the BiH Presidency, Sefik Dzaferovic and Milorad Dodik hosted yesterday Derek Chollet, the United States (U.S.) Foreign Policy Advisor of State.

This meeting was also attended by U.S. Ambassador to BiH, Eric Nelson, and U.S. Deputy Assistant Secretary of State and Special Envoy for the Western Balkans, Gabriel Escobar.

“The U.S. supports the sovereignty and territorial integrity of BiH, our Euro-Atlantic path, and that is completely clear at today’s meeting and repeated once again,” stated Sefik Dzaferovic, a member of the BiH Presidency, after yesterday’s meeting.

“It cannot be allowed that this blockade of BiH institutions continues. Institutions must function, and within the institutions of BiH, the Presidency, the Parliamentary Assembly (PA), the Council of Ministers, we must resolve all issues related to our European path, reform program, and everything that is planned for BiH,” said Dzaferovic.

Further, he said that the members of the Presidency of BiH received a letter from the U.S. Secretary of State, stating that the public would be informed about that letter.

“The U.S. remains committed to BiH and we will continue to work with our friends in order to overcome the crisis in which BiH finds itself,” Dzaferovic told.

Dodik: We respect the legal framework of BiH

He emphasized that the RS respects the external sovereignty of BiH and the internal territorial integrity and constitutional order of BiH, which is composed of two entities and three constituent peoples.

The Serbian member of the Presidency of BiH explained that three special pieces of information were proposed for the special session of the National Assembly of Srpska, reminding that Serbian politicians were forced to give certain consents.

He also said that the U.S. delegation showed great interest in the situation in BiH and a desire for some things to start being resolved.