Among the 4.000 persons suspected of war crimes in Bosnia and Herzegovina (BiH) who have not been prosecuted are also those who are currently active in public life in this country. The BiH Prosecutor’s Office does not specify who these persons are.

“Among those reported and suspected are persons who are suspected of being direct perpetrators of crimes, as well as persons who were in command structures in the institutions of the army, police and political administration in various structures on all sides,” the Prosecutor’s Office pointed out.

It is known that Miroslav Mico Kraljevic, the mayor of the Vlasenica Municipality, is being prosecuted before the Court of BiH for war crimes against Bosniaks in that municipality.

According to the indictment, Kraljevic et al are accused of persecution of the Bosniak civilian population, murder, imprisonment, enforced disappearance, sexual abuse, and other inhuman acts.

After returning to their pre-war place of residence, some of the families of the victims say that they are particularly traumatized by the encounter with crime suspects.

“I see them and every encounter, every look at them reminds me of 1992. It reminds me of those victims that I had the opportunity to see there by the Drina and to find and bury them so that they don’t stay there next to the Drina,” says Suljo Fejzic, 59 years old.

The Judiciary of BiH is facing a ‘procedural obstruction’ in 157 cases involving 300 persons suspected of war crimes. This is what the president of the High Judicial and Prosecutorial Council (HJPC) of BiH, Halil Lagumdzija, told.

These people who are unavailable to the BiH judiciary, usually hide in Serbia and Croatia.

In 2008, the authorities in BiH adopted the Strategy, which envisages that the most complex cases will be processed at the state level within seven years and that the rest will be transferred to lower courts and will be completed by 2023.

The revised strategy was adopted in 2020 with the aim of speeding up processing, and its adoption was one of the 14 priorities that BiH must fulfill on its path to the European Union(EU), RSE writes. 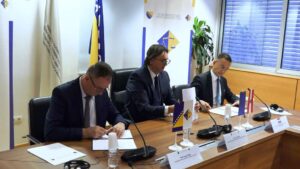 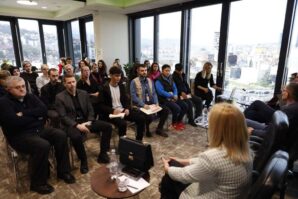