Minister of Transport and Communication of RS Nedeljko Čubrilović said that the construction of highways and securing the necessary funds for the major construction projects; construction of bridges on Sava and Drina, and acquisition of railway vehicles and locomotives for ‘’Railways of RS’’ is goig to be the priority in the next year.

‘’The construction of highways will continue in the next year. We shall not be stooped by crisis. We are satisfied with the job we’ve done in this, but we do have a lot of work ahead of us’’, said Čubrilović.

He said that consortiums from Austria, France and S. Korea will work on the model of public-private partnership on the construction of subsection of 5C, which runs through RS.

Čubrilović said: “After considering the offers, negotiations about the terms will begin. Given that important companies will work on the project, we expect that there an agreement on the construction of a section of 46.6 km of highway, from Doboj to Vukosavlje will be reached.”

He added that the European Bank for Reconstruction and Development offered will give the necessary funds for the construction. Čubrilović said that this investment is important because RS will not be indebted.

Čubrilović said that the construction works on a subsection of highway Banjaluka-Doboj are going as planned, and he hopes that the subsection will be finished in three years.

He expects that by the next construction season, a new contractor for the construction of the second subsection will be chosen so that the works can begin.

”For the construction of this subsection, European Investment Bank has given approval for the granting of credit. The interest is great, and we expect that many significant world companies will work on this subsection”, said Čubrilović.

He also expects that the soon a contractor for the construction of the bridge on Sava in Gradiška will be chosen, noting that this project will greatly increase the traffic on the highway.

He stressed that the government will continue to help “Railways of RS” and the Government must find a solution that will enable the efficient functioning of the ”Railways of RS”.

“During the next year we expect the realization of loans of Polish government, which will allow the purchase of new railway vehicles and locomotives,” said Čubrilović. 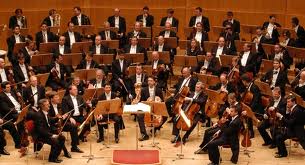