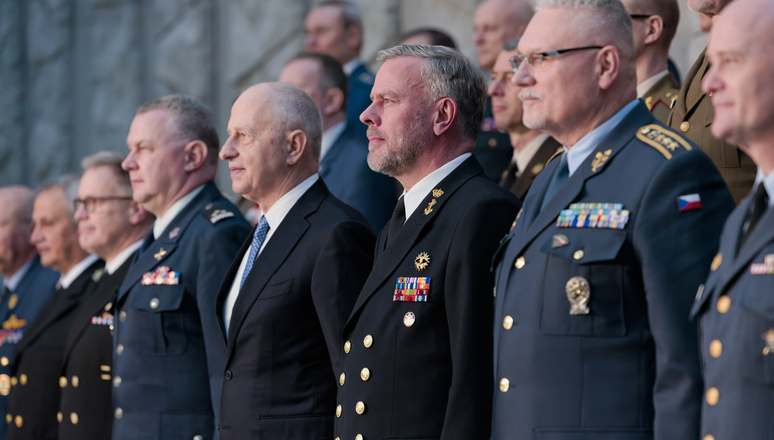 On 18 and 19 January 2023, the NATO Military Committee, joined by Invitees Finland and Sweden, met in Chiefs of Defence format in Brussels. The Chiefs of Defence discussed the strengthening of the Defence and Deterrence posture of the Alliance by increasing readiness, developing capabilities and interlinking national and NATO military planning more closely than ever.

Admiral Rob Bauer, Chair of the Military Committee, opened the meeting by referencing the fundamental changes in modern warfare seen in the war in Ukraine: “The war has also shown us that you have to be able to fight tomorrow’s battles as well as yesterday’s battles… today. Modern warfare is just as much about bits and bots as it is about mud and blood.”

Deputy Secretary General Mr. Geoană, who participated in the opening session, stressed the need to strengthen Allied defences to face any threat, from any direction. This requires increased investments, ramping up industrial capacity and transforming NATO for the digital age.

The next session saw General Philippe Lavigne, Supreme Allied Commander Transformation (SACT), brief the Military Committee on the accelerated implementation of the NATO Warfighting Capstone Concept and Warfare Development Agenda. The Chiefs of Defence discussed how multi-domain operations, interoperability and digital transformation help maintain a military edge over potential adversaries. General Lavigne stated, “NATO is now moving towards Multi-Domain Operations with a collective approach to keep the advantage tomorrow, finding the right balance between the “large and few” versus the “small and many.”

General Cavoli, Supreme Allied Commander Europe (SACEUR) briefed the Chiefs of Defence on the implementation of the Concept for the Deterrence and Defence of the Euro-Atlantic Area as well as the New Force Structure. SACEUR noted that NATO military plans were taking into account the wide range of threats and challenges facing the Alliance and detailed how they will drive the New Force Structure Requirement. General Cavoli stated, “The DDA family of plans is the key and will drive our structure, operations, activities, resources, and command and control in the coming years”.

The session on NATO Readiness and Sustainment of military forces saw the Chiefs of Defence exchange views on military stockpiles, pre-positioning of equipment and capability development based on collective defence requirements. Readiness and sustainment are peacetime activities, shaping our effectiveness for Deterrence and Defence.

The Chiefs of Defence began their second day with a meeting on the Kosovo Force mission where they were joined by their Operational Partners Armenia, Austria, Finland, Ireland, Moldova, Sweden, Switzerland, and Ukraine. Discussions focused on the past twelve months of the mission, the security situation on the ground as well as the challenging security environment. The Chiefs of Defence reaffirmed their commitment to KFOR’s mission: to promote a safe and stable environment and guarantee freedom of movement for the benefit of all communities in Kosovo.

Turning south, the Military Committee discussed the NATO mission in Iraq with Operational Partners Australia, Finland, and Sweden. The Chiefs of Defence discussed the Mission’s ongoing efforts to assist Iraq in promoting greater stability, building its security and defence institutions, and fighting terrorism. The Chiefs of Defence recognised the continued importance of the non-combat advisory and capacity-building mission.

Next, Chiefs of Defence were briefed by the Ukrainian Military Representative, Major General Serhii Salkutsan, on behalf of the Ukrainian Chief of Defence, on the military developments in and around Ukraine. The Military Committee commended the Ukrainian forces for their resilience and their relentless devotion to the fight for freedom. 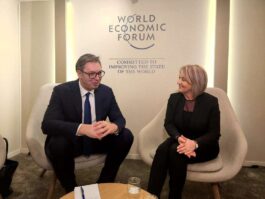 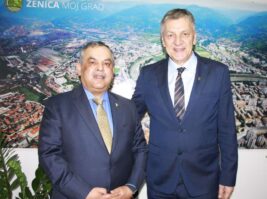