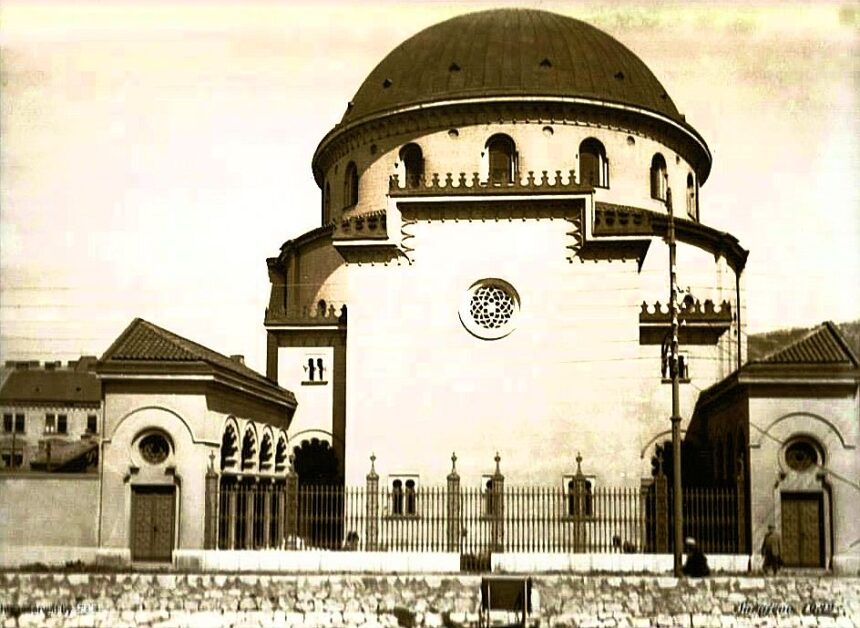 Urban planning policies in Sarajevo after the Second World War led one of the most impressive buildings in this city to be completely hidden. The outlines of the former Great Jewish Temple are almost impossible to see today.

Once the largest vaulted building in the Balkans, the Great Jewish Temple is located in the center of Sarajevo, but thanks to urban planning, it is invisible and hidden among the surrounding buildings. The only view of this once magnificent building is visible from the Metalac playground.

The Great Jewish Temple is probably the most monumental building built in Sarajevo in the period between the two world wars. As the number of Jews in Sarajevo was constantly increasing at the beginning of the 20th century, the existing synagogues could accommodate only a quarter of the Jews, and as early as 1900, there were discussions about building a much larger temple.

In 1923, in the organization of the Sephardic municipality, a committee for the construction of the temple was formed, headed by Avram Majer Altarac. The committee secured adequate land and then a tender for the project was announced. The project of the Zagreb architect Rudolf Lubynski was chosen as the best solution. The foundation stone was laid on June 15th, 1926, and construction was completed in 1930.

Moreover, the Great Jewish Temple was covered with a dome made of reinforced concrete without ribs, the so-called dome of the full moon. The dome stood on 26 pillars decorated with arabesques and marble. The temple could accommodate a thousand believers, and in the middle of the dome, there was a 16-meter-high chandelier made of bronze.

Unfortunately, the temple survived for only ten years, immediately after the occupation of Sarajevo in 1941, the Nazis destroyed the Great Jewish Temple. Everything that was valuable was stolen, and the rest was burned. Explosives destroyed one part of the structure itself. As only 10 to 20 percent of the pre-war Jewish population remained in Sarajevo due to the Holocaust, the community decided to donate the building to the authorities.

The building was renovated only in 1965 when the Jewish municipality donated the building to the city of Sarajevo for the Djuro Djakovic Workers’ University. After it was given a new function, the building underwent major changes, a concert hall was installed in the area of the dome. The hall is lined with teak imported from Australia, and due to the need for acoustics, the dome is completely bricked both inside and outside.

During the aggression against Bosnia and Herzegovina (BiH), the institution changed its name to the Bosnian Cultural Center, known as BKC, and its main goal and task was to contribute to the development of culture, art, and cultural life in Sarajevo. In this way, the legacy of the once impressive Great Jewish Temple lives on in Sarajevo today, Klix.ba reports. 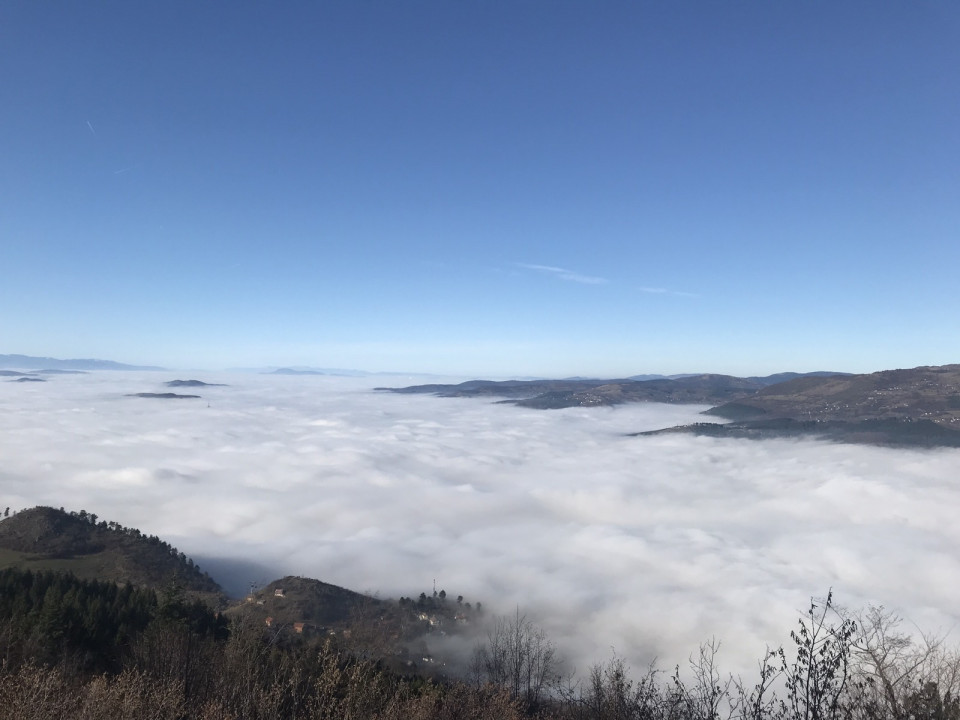