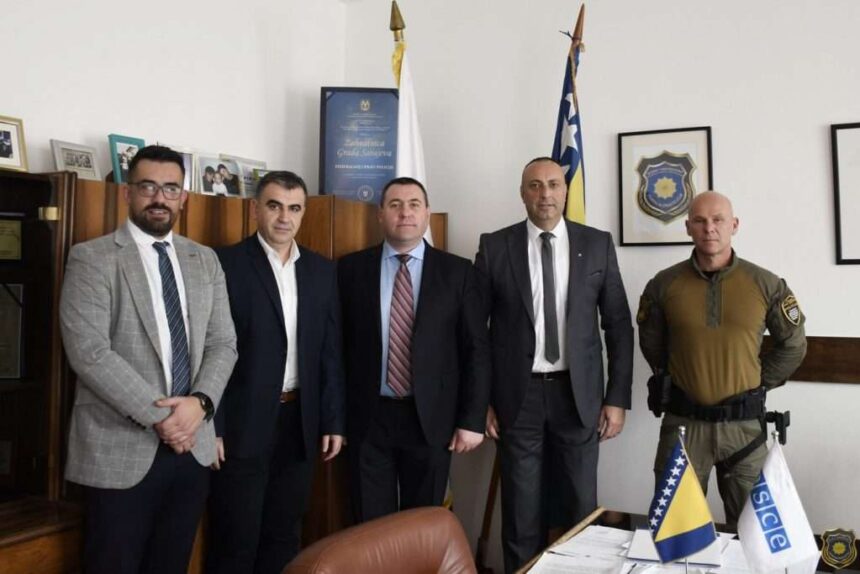 Head of the Department for Security Cooperation of the OSCE Mission to Bosnia and Herzegovina, Susan Penksa, and Deputy Director of the FBiH Police Administration, Ensad Korman, signed today the Protocol on the implementation of project activities from the SALW project.

During the meeting, the projects were presented, as well as the next steps related to the implementation of the goals.

The OSCE Mission to BiH is a key partner for issues related to small arms and light weapons (SALW), given its long-standing presence in Bosnia and Herzegovina and its multidimensional, program-based approach to security issues.

The project was created based on the request of the Ministry of Security of BiH and in coordination with all police agencies, announced the FUP.

Today’s meeting and signing of the Protocol, which took place in the premises of the FBiH Police Administration, was attended by representatives of the OSCE Mission to Bosnia and Herzegovina, SALW Project Manager Andrei Sarban and National Project Officer Jasmin Selimović.

The Jewish Community of BiH decides to establish Archive
Next Article