In total final energy consumption of 1.401.257 tons of petroleum products in 2018, the largest share has transport sector of 85.7%, households participate with 1.8%, industry with 6.6%, while the other, construction and agriculture sectors participate with 5.9%.

The import of crude oil and feedstock in Bosnia and Herzegovina in 2018 is 694.710 tons, according to the country’s Agency for Statistics.

The end of May is the deadline for companies exploring oil and gas in the Federation of Bosnia-Herzegovina to submit official bids to the international tender of the FBiH Ministry of Energy and Mining.

The tender was announced on January 7th, and according to the procedure, it has been active for six months, Avaz news portal writes.

The FBiH Government offers four blocks for exploration and exploitation of oil and gas fields, three of which are in the Pannonian basin and one in the Dinaric area.

The blocks are allocated for a maximum 25-year exploitation period, and the total area is close to five thousand square kilometers. Begajeta Habota from the Ministry of Energy said on Wednesday that no bids had yet arrived because it was early, and that she was expecting the first official bids in April.

Interested companies in the Department of Geology can view all data on exploration works.  This is done in person at the Institute. After that, they further evaluate whether they will buy the tender documentation and submit an application – claims Habota.

Under the procedure, the successful tenderer will have six years of two-phase exploration, which can be extended by two years with approval in limited circumstances, and the British company IHS, as expert international consultant to the FBiH Government, will negotiate with the potential tenderer that the Federation of BiH get the most favorable contract.

In 2011 the world oil giant Shell signed a memorandum with the Federal Government, but quit four years later. Shell claimed at the time that it was ready to invest 700 million dollars.

According to estimates, just one well in the Dinaric area would cost 75 million dollars, with four being set up. 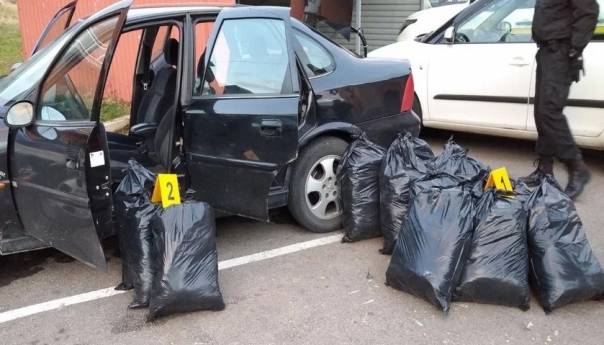