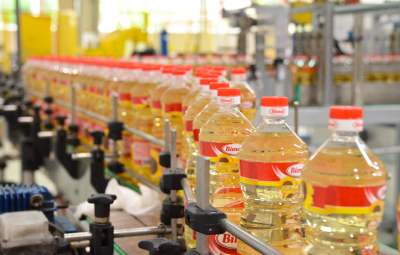 The end of the work week and another missed opportunity. On the political scene, the interest of the citizens has again been replaced by the personal, the political one. Due to the failure to hold a session of the Commission for Finance and Budget of the House of Peoples of the BiH Parliament, the reduction of the VAT rate on basic foodstuffs, but also the European path, is pending. There are no people responsible, because the rule of the game is on the stage.

Monday, May 16 – session of the House of Peoples of the state parliament. But there will be no reduction in VAT, excise and reform laws. And they should. Without the opinion of the Finance and Budget Commission, the Law on Public Procurement, the Law on Prevention of Conflicts of Interest, the Law on Excise Duties, the Law on Financing State Institutions, and among them the Law on VAT – the one that citizens have been waiting for the delegate. The session of the commission failed due to the well-known reason for the lack of a quorum.

A day later, the consequences are incalculable. For the citizens and the European path of BiH. Not for politicians. But instead of a solution, the question is who is to blame? Responsibility to Denis Becirovic, Nikola Spiric and Marina Pendes-delegates who did not show up and thus were the reason for its non-maintenance. Missing yesterday, no trace or voice today. Instead of their response only reactions.

Condemnations of the failed session also come from Republika Srpska. The SDS, which is proposing amendments to the Law on VAT, blames HDZ and SNSD for stopping the law. They have known about their obstructions for a long time. This time they were surprised by SDP delegate Denis Becirovic.

“He showed that he is the most ordinary populist. He will probably blame Aleksandar Vucic and Serbia again. As he likes to write letters, it would be his turn to write a letter to himself this time with the title – Shame, Denis!” Aleksandra Pandurevic, a member of the SDS Main Board, said.

Becirovic, however, has no answer. The party president justified him instead. The meeting was important, but other commitments were more important.

“And now we’re talking about spinning. Whose spin is it? Well, the master from the SDA. Those with their partners of six members of the commission, there are five ruling ones, but the problem is when this one opposition does not come. And come on, please “, said the President of SDPBiH Nermin Nikaic as a guest on the show Summary of Federal Television.

In the chain of responsibility, it seems, the rule of the game – send on is clear. On the other hand, while the analysis of what should and could have been done continues, the citizens and their better tomorrow are still waiting. Chance to make amends on Monday. However, the commission can be scheduled before the session, but that also requires will, the political one. The citizens could pay for their trouble only on October 2 – the day when power will be in their hands, Federalna writes.