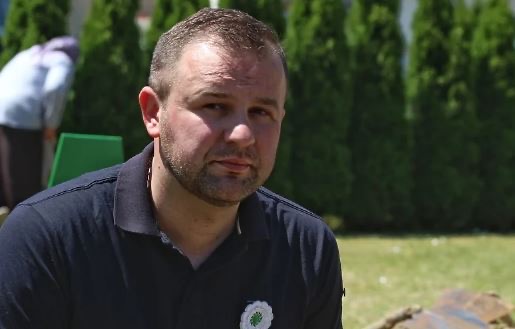 Bekir Mehic from Bratunac was two and a half years old when his father Salih was killed by the aggressors, and for 29 years, he did not have information about his whereabouts. Yesterday, he put parts of his remains to the grave at the collective funeral service at the Veljaci Memorial Complex and Martyrs’ Cemetery.

Salih Mehic was born in Hrncici near Bratunac in 1964 and disappeared in Lolici in 1993. His remains were exhumed in 2020 at the Voljavica site, and this fighter who returned to BiH from Switzerland to defend his homeland from aggressors left behind his son Bekir, who now lives with his mother in Zivinice.

For 29 years, he did not know anything about his father, whom he put into the grave yesterday, and he received the first information that his skeletal remains were found from his uncle.

In an interview, the 32-year-old stressed that his emotions are mixed this day.

“On the one hand it is very difficult for me because after so many years I have to pray the funeral and bury my father’s remains, and on the other hand, I am glad to know where his grave is above which I will pray fatiha. My soul has found peace,” Bekir told.

Bekir was two and a half years old when his father was killed, and according to family members, he returned from Switzerland in 1992 to save his homeland from aggressors.

“He stood honorably and honestly in defense of this state, for which he eventually gave his life. He disappeared after leaving Srebrenica as a protected zone towards Konjevic Polje, and since then he was missing since last year when his remains were found in a Martyrs’ cemetery in Voljavica near Bratunac. He was buried there by the same people who killed him, “Bekir tells.

He did not remember the appearance of his father Bekir, and he is left with several photographs and pieces of clothing for his eternal memory.

“I am a person who can’t remember my father in my head, because I was very young. But, according to other people’s stories, photos, and things I have from my deceased father, they say that I am his copy, in character and behavior. They also mentioned that he was a very good man, who loved this country, a true patriot, “ Bekir added.

Today he lives with his mother in Zivinice, and as he tells us, he has never left Bosnia and Herzegovina (BiH), nor does he intend to do so. He is currently employed in the Ministry of Internal Affairs of Tuzla Canton, and as a police officer, he is engaged in the Kladanj Police Station.

In a way, I continued to do what my father wanted to do in 1992 and 1993. He also wanted to become a police officer, he submitted documents to job competitions in the then militia, but it was not meant to be. But, thank God, I became that, “ Bekir emphasized.

Despite all the horrors he went through as a boy, there is no room for hatred in this 32-year-old today. He does not respond to nationalist moves and denials of crimes, emphasizing that the greatest evidence of that is the graves in which the victims were buried, but also court verdicts that are internationally recognized, Klix.ba writes.