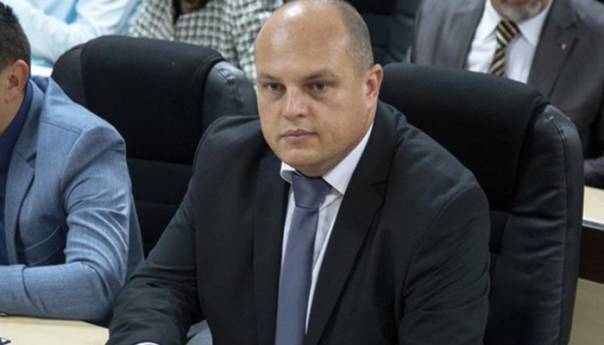 ”With the opening and putting into operation of the Lipa camp, there are fewer migrants on the streets of the cities of the Una-Sana Canton (USC), and the situation is satisfactory, ” USCPrime Minister Mustafa Ruznic told.

In October 2018, there were 9.500 migrants on the streets of Bihac alone, and only a year later, that number reached 49.000 people who were looking for a way to the European Union (EU) through Bihac. All the parks, staircases, beaches on the Una, were occupied by migrants. In an interview, Ruznic mentionedthat they turned to the demands from Brussels and began to solve the problem of the migrant crisis in the USC.

“We have closed illegal camps, temporary camps in private reception centers due to pouring money into private pockets, we have determined locations for a migrant camp outside the settlements, and by closing the camps Dom penzionera, Krajina Metal, Vucjak, Trnovi, Sedra, Bira, we have reduced hotspots in cities, “ Ruznic stated.

In order to prevent them from coming to the city and ensuring their stay in camps with private centers, migrants were banned from using public transport, both to protect students and citizens and to make it more difficult to travel around this canton.

“Measures to close some camps, including illegal camps, as well as the relocation of migrants outside the settlement, have made the route in the USC more expensive, their conditions have become more difficult and the influx into our canton has been reduced. With the opening of Lipa, everything became easier and simpler. All migrants are moving to Lipa and Borici and the situation is more favorable, ” added Ruznic.

The situation in Bihac and other cities in the USC is much easier now. When it comes to Miral, where there were 2.300 migrants in March 2021, now has 380 people, but it is also on the verge of shutting down.

“The activities of the Civil Protection, the police, the operational group, the City Administration, and everyone else were successful. The migrants moved the route. The path that was the eastern border of Bosnia and Herzegovina (BiH) moved towards Hungary and that is what is happening now, they have a strike from above, they have a problem in Poland, ” the interlocutor explained.

Asked what is expected in the spring of 2022, Ruznic pointed out that it is not yet known what will happen, given that the influx of migrants from Syria and Afghanistan is expected, but that everyone must be ready and have a solution. It was the coordination of the competent institutions with the City of Bihac, as well other cities and municipalities of the USC that gave results.

“Coordination came to the fore in 2021. At the moment when we said in the USC that it was enough, you remember December and January 2021, when we stood in front of the citizens and said that we do not want migrants in Bira or anywhere, then work began on the coordination by the Ministry of Security, USC and services within the Ministry of Security, the Border Police, the Foreigners’ Service, and the Ministry accompanying the Armed Forces (AF), all of which result in greater protection of the eastern border migrants. There will be increased controls of the border police, which will result in reduced routes and entry of migrants, ” concluded Ruznic.