The Text by social psychologist Srdjan Puhalo in which he seeks evidence that 1.601 children were killed during the siege in Sarajevo or that the number of those killed should otherwise stopped being used, provoked violent public reactions at the beginning of May this year, some of which led to threatening messages, but also returned the issue of the lack of institutional confrontation with the past and the commission for truth and reconciliation in Bosnia and Herzegovina (BiH), which would establish an accurate list of victims by name and surname and facts for various events.

Branko Todorovic, president of the Republika Srpska (RS) Helsinki Committee for Human Rights, believes the main problem is that attempts to establish a state truth and reconciliation commission have not had government support.

”All previous attempts of either domestic actors or international organizations and institutions were doomed because it is simple and obvious that in BiH and for those who ruled for these 27 years, no truth and no reconciliation was appropriate,” says Todorovic, adding that it is one of the main weapons in the hands of the authorities – controlling the truth, interethnic, inter-religious mistrust, hatred and fears.

Although commissions were established in BiH at several levels, some did not start working, while others compiled reports that were contrary to court-established facts and therefore met with public disapproval and criticism. Attempts to establish a non-governmental regional commission in BiH have also encountered various obstacles.

In a 2006 decision, the Council of Ministers established a State Commission to investigate the truth about the suffering of Serbs, Croats, Bosniaks, Jews, and others in Sarajevo between 1992 and 1995. But the Commission never made a report despite spending around 230.000 BAM.

According to the Guide to Transitional Justice in BiH, a publication of the United Nations Development Program (UNDP), in order for the official truth to be accepted, it is necessary to meet some of the previous requirements, such as independence, transparency, that a commission has been established, that its mandate has been defined and elected members through consultations and the like.

Until the publication of the text, the Government of Canton Sarajevo (CS) did not answer the question of whether this body plans to launch an initiative for the establishment of a commission that would determine the exact number of children killed during the last war.

For years, the Research and Documentation Center from Sarajevo has been dealing with the list of victims, and types of crimes against citizens, but also the records of children killed during the war, not through numbers, as Mirsad Tokaca states, but through restoring the victims’ identities.

He believes that BiH does not need commissions at all, but professional institutions that are disabled by the current system, and which will deal with the problem of war and war crimes in the long run.

”Long-term organized institutions that will systematically, professionally, according to a strict methodology deal with this problem and offer facts. All commissions are ad hoc bodies and if you analyze the history of the existence of commissions around the world, their results are almost non-existent,” Tokaca believes.

In the countries of the region, there was an attempt to institutionalize the Regional Commission for Establishing the Facts about Victims of War Crimes (RECOM), which, despite the public support in BiH with 200.000 signatures on the petition, encountered political obstacles. The original idea of this process was to form an official regional commission that would establish the facts about all war crimes in the wars of the 1990s, list all victims who lost their lives or disappeared, compile records of detention facilities and publish a report.

Natasa Kandic, founder of the Humanitarian Law Center (HLC) and coordinator of the Coalition for RECOM, said that in BiH, political support was a game with civil society, which was shown in 2019, when the Bosniak and Croat members of the Presidency made it clear that the list of victims was not their priority, referring to the ‘truth’, that ‘victims are known’, and that there was a danger of another war. As she added, the rejection of RS was clear from the beginning because they thought that the regional approach was directed against Serbs and that they then strengthened their negative attitude by not accepting reconciliation based on court facts.

For Tokaca, the Truth and Reconciliation Commission cannot be one. He adds that it is impossible to talk about reconciliation in the country where the genocide took place, and therefore the Transitional Justice Strategy has not been adopted.

Despite the amount and intensity of reactions provoked by Puhal’s text, citing various sources of information, he claims that to date he has not received a report with a methodology he would trust, Detektor writes. 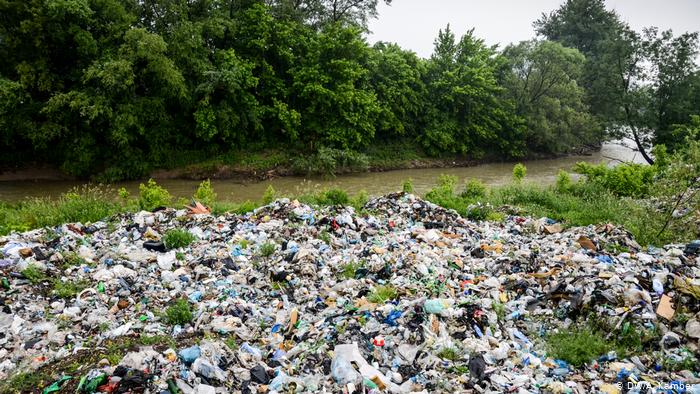