”Of course, we did not deserve candidate status. You can see that it is very specific that our authorities are trying to get something, by not fulfilling any conditions. Without fulfilling at least the basic conditions, which they could have done, I do not see the point of striving for candidate status,” said Drasko Acimovic, former ambassador of Bosnia and Herzegovina (BiH) to Belgium, in an interview.

Commenting on yesterday’s summit of European Union (EU) leaders at which Ukraine and Moldova should be granted candidate status, Acimovic said that the BiH authorities apply this pattern not only to the EU but also to the international community in general, citing the example of the International Monetary Fund (IMF).

”Simply, all the world’s credit institutions are shocked when they ask for loans, but that there are no conditions from the IMF,” he stated.

About how close the Western Balkans really is to the EU, Acimovic said:

”If we start from BiH, by fulfilling the basic three conditions that could be met at any session, at any time in these two years, these three laws, on public procurement, on conflict of interest, and on the HJPC, BiH would get candidate status, one hundred percent they would get it, even if they did not meet the other eleven conditions. However, they did not want to fulfill those three crucial conditions either. BiH certainly has no future with this set of authorities. Unfortunately, I see candidates for Parliament, for positions in the Presidency in the next elections and that does not give me any optimism for any changes.”

As for other countries in the Western Balkans, he assesses that Montenegro and Serbia are doing very well, especially Montenegro, which has opened all its pre-accession negotiations and is now working on closing.

”I think it will work out the fastest for them. Unfortunately, we are witnessing that North Macedonia is, in a way, a hostage of the geopolitical game. Albania, being in the same package as North Macedonia, is in the same situation,” Acimovic stated.

The EU is not unfair to BiH, he said, citing the example of Ukraine.

”As early as 2017, Ukraine fulfilled some 70 percent of the conditions. In the last week, they, as a country at war, have passed through their parliament a mass of laws that were expected of them – against corruption, for the advancement of law – essentially, those things that our rulers did not want to adopt for four years. This is a symbolic gesture, but justified, which shows that even a country that is at war can fulfill the conditions,” assessed, among other things, Drasko Acimovic. 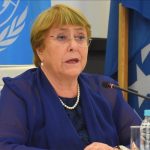