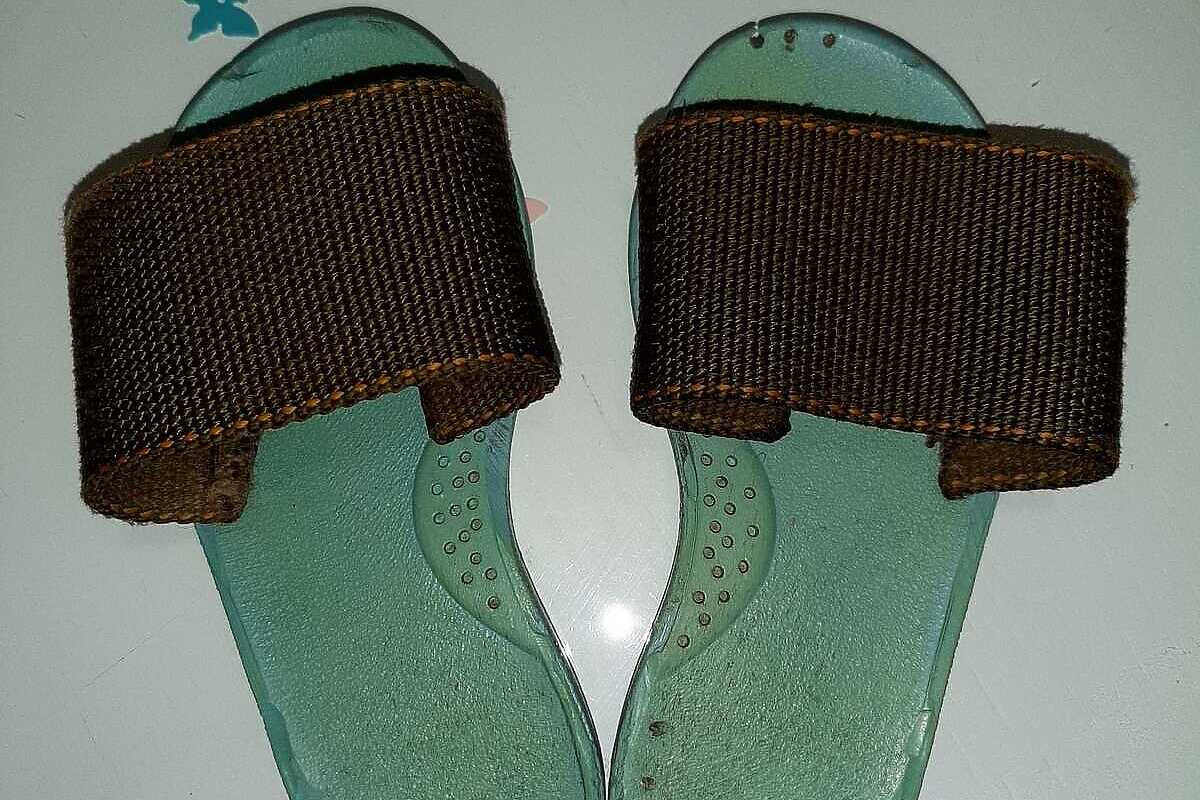 The Memorial Center in Potocari (Srebrenica), as part of the project of archiving objects from the war, began to build a large database of memories of the most terrible period, the murdered youth, and stolen childhood.

Small, tiny, but such great objects that are most often improvised are a reflection of the situation that the citizens of Srebrenica and other places went through during the war in BiH. Many memories have faded, but for those which can be preserved, the Memorial Center project is an ideal opportunity.

Mela Gabeljic is a girl who donated a part of her childhood and her memory of her father who was killed to the Memorial Center, as well as the memory of the stolen children’s laughter.

As part of the project of archiving objects, Mela donated sandalsto the center in Potocari which were made by her father during the war. They were made of a parachute strap and old boots whose parts were used for the sole.

“My father cut off the upper part of the boots to get a sole, and then he took pieces of parachute straps and fixed them to thatsole with nails. These sandals have their own story, which I want the whole world to hear,” Mela noted.

If you have any objects, letters, or photographs related to the Srebrenica war period, you can donate them to the Memorial Center.