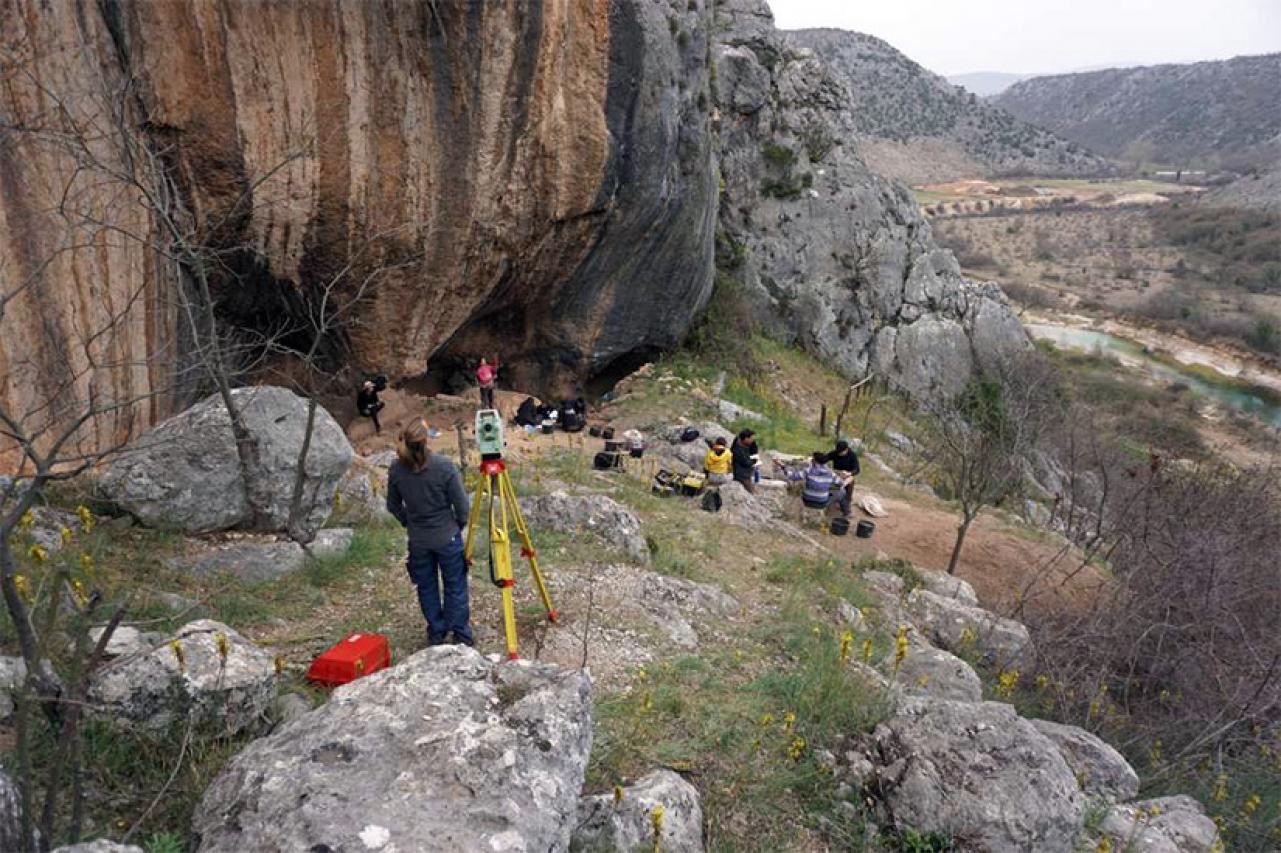 Next week, the archeological research of the Paleolithic site Badanj near Stolac will be completed, which has so far confirmed some earlier interpretations, but also led to some new conclusions.

”It was then established that Badanj was used by Paleolithic people at least 1.500 years earlier than previously thought, so the earliest human presence in Badanj dates back to about 18.000 years before the present, although the possibility of discovering even earlier strata cannot be ruled out,” it was stated from the Municipality of Stolac.

Along with the usual repertoire of stone tools and animal bones that represent the remains of what the Badanj hunter-gatherers ate (the most common are the remains of deer and ibex), several fires were discovered in this research campaign.

Also, apart from the usual archaeological documentation from this year, lidar scanning of the layers is applied in order to obtain a more detailed picture of the investigated area.

This year’s research was funded by the universities of Southampton, Zagreb, and Zaragoza, and with the support of the Municipality of Stolac.

Future analyzes (which are already underway) of stone tools, animal remains, sediments, fires, personal ornaments, bone tools, and other archaeological material, in addition to the already mentioned researchers and institutions, will include experts from several other renowned scientific institutions, such as the University of Bordeaux, Croatian Academy of Sciences and Arts, MNHN-Muséum National d’Histoire Naturelle Paris, as well as the University of Bournemouth.

The main goal of this project is to collect as much data as possible through many years of research, based on which they will try to bring a more detailed picture of the life of the late Upper Paleolithic community from Badanj in the regional and wider Mediterranean context.