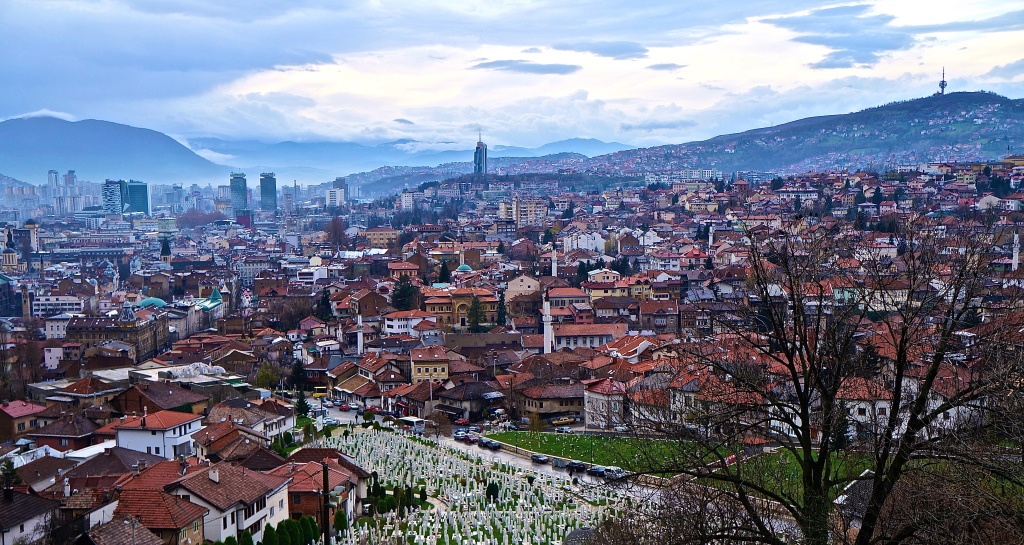 [wzslider autoplay=”true” transition=”‘slide'”]It didn’t take long for me to fall in love with Sarajevo.  Maybe it was just a few minutes walking around the city until I realized that it would likely be one of my favorites of the trip.  If you haven’t made it to Bosnia & Herzegovina yet, you ought to!  Here’s my recommendations for 12 Things You Must Do in Sarajevo to convince you:

Walk over the Latin Bridge towards Bascarsija Square (also known as Pigeon Square), which is a great starting point for exploring Sarajevo’s Old Town.  The historic Old Town is welcoming and charming.

As you might expect, Old Town caters to tourists and you’ll have your pick of shops to purchase beautiful hand pounded copper souvenirs.  However, a discerning eye can tell that not all of the goods are created equal.  If you’re looking for a beautiful, high quality souvenir, make sure to stop in coppersmith Ismet i Ismir’s shop.

Ćevapi is minced meat formed into cylinder sausage shapes served with fresh bread, raw onions and kajmak (similar to sour cream).  Do not let yourself leave Bosnia & Herzegovina without trying this local delight!  As an added bonus, you’ll get a huge portion of this deliciousness for just a few dollars.

Head to Pivnica HS, a large beer hall (which also serves food) to sample some local freshly brewed beers.  Pivnica HS is located just a block or so outside Old Town and next door to Sarajevskaya Brewery

Learn About the Region’s History

The scars of the recent war are still very evident in the city, so I’d recommend “The Complete Sarajevo War Tour” with Toorico Tours to learn about the siege of Sarajevo.  Our tour started at the Tunnel Museum where you can explore a portion of the tunnel that was used to supply Sarajevo with food and arms during the three year siege.  After, we were taken into the mountains which surround the city and were shown (at a safe distance) an area which is still littered with active land mines.  We continued to Igman Mountain where we saw the Olympic ski jumping hills and walked through the remnants of what once was the most luxurious hotel in the mountains, but was burned down during the conflict.  Before heading to the Yellow Fortress, we were shown several “snippers’ nests” and the Old Jewish Cemetery (another stronghold for Serbian snippers during the war).

Visit the Place Where WWI Started

In 1914, Austria’s Archduke Franz Ferdinand and his wife were shot dead in Sarajevo.  The assassination, which began the First World War, is marked with a stone plaque.

The Sarajevo bobsled is often seen as a depiction of the juxtaposition of the city’s recent history.  Sarajevo was flourishing in the 1980’s and hosted the 1984 Winter Olympics, only to find itself in the midst of conflict a decade later during the Bosnian war.  Since that time, the city has continued it’s revitalization and has again become a popular tourist destination.

Rakia (or fruit brandy) is widely considered the national drink in Bosnia & Herzegovina. You can sample many different flavors of this local favorite in most any restaurant or bar in the city, but beware, rakia packs a punch! 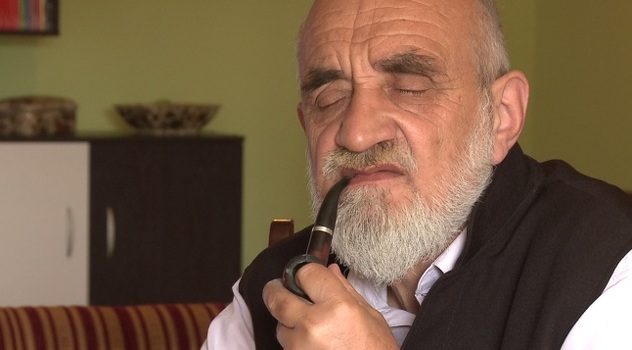 How did the Priest Milorad Golijan saved Islamic leaders Munib Ahmetović and Bego Selimović?
Next Article What will BiH gain with the Stabilisation and Association Agreement
Leave a comment Leave a comment