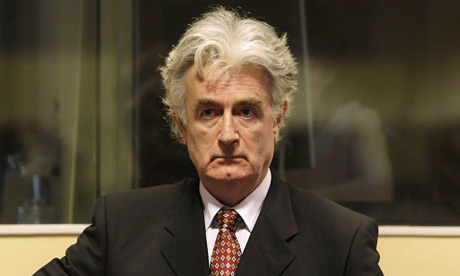 On July 21st 2008, war criminal Radovan Karadzic was arrested and at that time, prosecutor Serge Brammertz stated that Karadzic was a fugitive from justice for almost 13 years – the first indictment against him was confirmed on 24 July 1995.

In relation to the arrest, Prosecutor Brammertz stated the following:

“I was informed by our colleagues in Belgrade about the successful operation which resulted in the arrest of Radovan Karadžić. On behalf of the Office of the Prosecutor, I would like to congratulate the Serbian authorities, especially the National Security Council, Serbia’s Action Team in charge of tracking fugitives and the Office of the War Crimes Prosecutor, on achieving this milestone in cooperation with the ICTY.

This is a very important day for the victims who have waited for this arrest for over a decade. It is also an important day for international justice because it clearly demonstrates that nobody is beyond the reach of the law and that sooner or later all fugitives will be brought to justice.”

Radovan Karadžić, the former President of Republika Srpska, head of the Serbian Democratic Party and Supreme Commander of the Bosnian Serb Army (VRS), is charged with genocide, complicity in genocide, extermination, murder, wilful killing, persecutions, deportation, inhumane acts, and other crimes committed against Bosnian Muslim, Bosnian Croat and other non-Serb civilians in Bosnia and Herzegovina during the 1992-1995 war.

The indictment states that Radovan Karadžić, acting together with others, committed crimes with the purpose of securing control of areas of Bosnia and Herzegovina which had been proclaimed part of the “Serbian Republic” and significantly reducing its non-Serb population. In order to achieve this objective, Radovan Karadžić and others committed crimes to force non-Serbs to leave those areas, to expel those who were reluctant to leave, and to kill others.

Radovan Karadžić is charged with genocide for the murder of close to 8,000 Bosnian Muslim men and boys in Srebrenica in 1995. The indictment alleges that Radovan Karadžić also committed genocide, persecutions and other crimes when forces under his command killed non-Serbs during and after attacks on towns throughout Bosnia and Herzegovina, rounded up thousands of non-Serbs and transferred them to detention facilities set up by the Bosnian Serb authorities. The indictment alleges that forces under Radovan Karadžić’s command killed, tortured, mistreated, and sexually assaulted non-Serbs in these camps.

The indictment also charges Radovan Karadžić with responsibility for the shelling and sniping of civilians in Sarajevo which resulted in the killing and wounding of thousands, including many women and children.