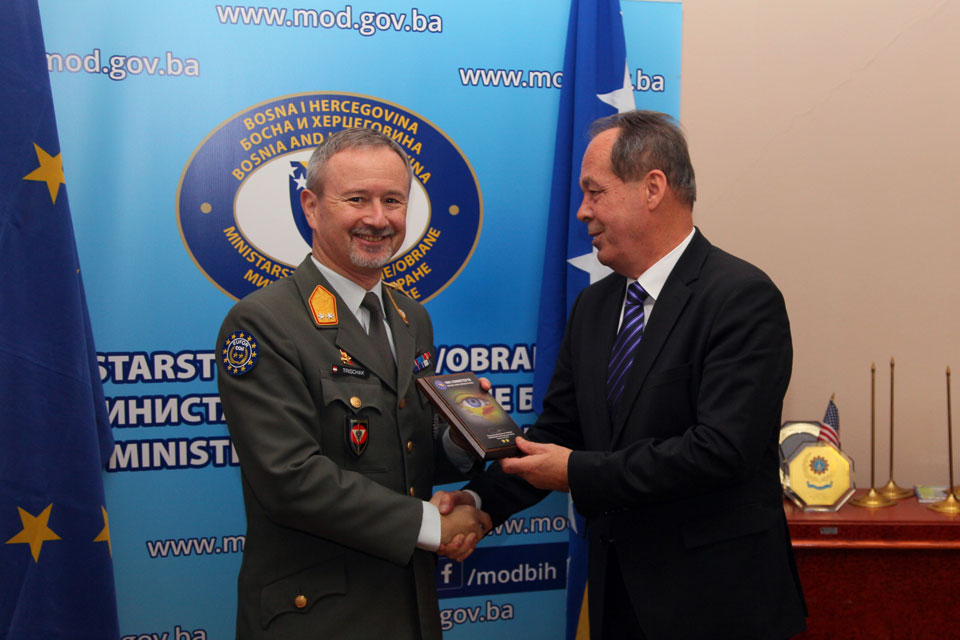 Speaking recently of EUFOR’s relationship with the Armed Forces of Bosnia and Herzegovina (AFBiH), its members and capabilities, Commander EUFOR, Major General Reinhard Trischak said: “I have met no more dedicated and professional soldiers and Officers than those within the AFBiH. ” EUFOR sees the AFBiH as a partner, enjoying a high level of mutual cooperation and support.

Since the establishment of the AFBiH in 2006, EUFOR is proud to work alongside the soldiers of BiH as they have gone from strength to strength. Through capacity building and training; becoming self-sustaining in individual training; to operating in true partnership during the annual interntional Exercise Quick Response. As a recognised member of the international community, BiH has turned from a security consumer to a security provider, with the AFBiH participating in peacekeeping missions around the world.

The AFBiH are a great example of a unifying organisation at the state level, which exists for the benefit of all citizens of BiH. Defence reform and the establishment of the AFBiH is one of the biggest success stories in BiH over the past two decades. Given the resources available to them, the results they achieve, whatever the challenge, are a credit to the professionalism and dedication of their soldiers. The armed forces of any country are the ultimate insurance policy and this does not come for free.

The AFBiH are a force for good for the country in times of crisis, responding to give aid and support. In 2014 when the country was hit by record flooding, the AFBiH were there with their vehicles and boats rescuing stranded citizens. They were there assisting in the clean-up, rebuilding roads and bridges, helping restore people’s normal way of life.

Annually, they are on hand when wild fires erupt, and are a critical asset in the work of demining, assisting in the fight against the common foes. More recently the AFBiH were called into action to support the preventative measures to combat the COVID-19 pandemic, as in countries across Europe, setting up quarantine facilities and helping with disinfection of public facilities.