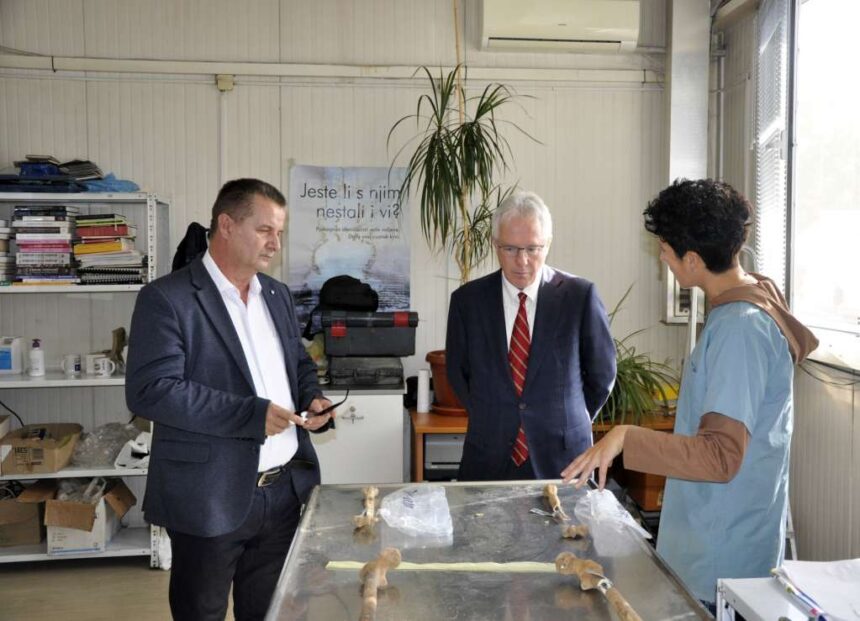 At the Podrinje Identification Project, a facility established to assist with the identification of Srebrenica genocide victims, Ambassador Murphy, who was accompanied by the Deputy Head of ICMP’s Western Balkans Program, Samira Krehić, observed work by ICMP staff to assist Bosnia and Herzegovina in identifying persons missing from the conflict.

The Podrinje Identification Project was established by ICMP in Tuzla in 1999 to ensure a dedicated process to identify the victims of the Srebrenica Genocide.

Using DNA-based identification methods, ICMP has assisted Bosnia and Herzegovina in the identification of the 75 percent of the 30,000 persons reported missing as a consequence of the 1990s conflict including 7,000 of the more than 8,000 persons who were missing following the Srebrenica genocide. The work continues to find new mass and clandestine graves and to identify the remaining missing.

“United States played a crucial role in establishing the ICMP in 1996 and have been one of the most important political and financial supporters of ICMP’s work in the Western Balkans and worldwide”, Ms. Krehić said. “In Bosnia and Herzegovina, we are working together in increasing local capacities to address the issue of missing persons in line with the rule of law and to assist BIH to uphold the rights of families of the missing”.

“The facts about the Srebrenica are clear, unassailable, and scientifically established.  Their acknowledgment is necessary for reconciliation and lasting peace in Bosnia and Herzegovina.  I was honored to meet professionals from the Podrinje Identification Project in Tuzla whose difficult, tireless work to identify the remains of Srebrenica genocide victims has brought closure to thousands of victims’ families and provided undeniable evidence that genocide was perpetrated in Srebrenica”, Ambassador Murphy said.

In the early 2000s, ICMP introduced the use of a relatively new technology, DNA, to identify victims of the Bosnian conflict. This use – the first in a conflict context with large numbers of missing people – required pioneering the application of a DNA-based process of identifications and the creation of a high throughput DNA laboratory processing capability. The technology was used successfully not only on victims of the Bosnian conflict, but all victims from the conflict in the former Yugoslavia in a scientifically reliable, blinded process, and resulting in tens of thousands of being identified.

ICMP scientific data, including DNA records, have been admitted as evidence at trials before the ICTY and courts in Bosnia and Herzegovina in 30 criminal trials. The evidence has been cross-examined in detail numerous times and consistently upheld, demonstrating the value of investigating missing persons cases to judicial standards that makes it possible to hold perpetrators of atrocities to account.

In BIH and elsewhere, ICMP works closely with families of the missing to ensure that they are involved in the search and identification process and that the process is transparent. Families also played an essential role in lobbying for the adoption of the BIH Law on Missing Persons, which was enacted in 2004 as the first of its kind in the world. BIH’s Missing Persons Institute, established in 2005 with ICMP support, provides for a sustainable domestic mechanism to locate missing persons regardless of their ethnic, religious or national affiliation, or their role in past hostilities.

ICMP has worked with all countries of the former Yugoslavia to support their efforts to locate and identify missing persons from the conflicts of the 1990s, and to secure their families’ rights to justice, truth and reparations. More than 70 percent of the 40,000 persons missing, from all national, ethnic and religious groups have been accounted for with ICMP’s assistance.

ICMP’s Western Balkans Program continues to provide support to BIH in terms of forensic archaeology and anthropology at excavations and access to ICMP’s DNA testing and matching for the purpose of human identification of missing persons. 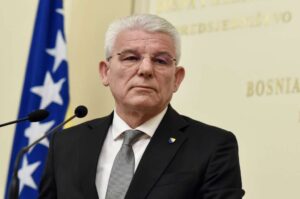