Brothers Kenan and Damir Hastor, heirs to the business empire created by Nijaz Hastor through the Prevent and ASA Group, lead the list of the wealthiest businessmen in BiH, according to the magazine Forbes.

According to Forbes, the list is still dominated by traders, which is not surprising in an economy that is based on import and the survival of a significant part of population depends on payments from the diaspora.

Although they are without the doubt the wealthiest in BiH, brothers Hastor are far from spotlight and unknown to the BiH public. They are not mentioned in news about local jet set, they are politically invisible and for now they have no desire to expose themselves in the media.

Although they are on the top of this year’s list with 771 million BAM of total income, given that the Prevent group is present in Germany, Austria, Romania, Spain, Brazil, Hungary and Turkey, the real total income of the group is significantly higher on global level.

Second on the list is HIFA Group, owned by Izudin Ahmetlić, whose primary business activity is trade of oil and oil products. Given the decrease in the price of oil on the world market in the past year, it is expected that the total income f oil traders, including the HIFA Group, will experience negative consequences of that. Although the trade of oil is still one of the most profitable businesses in BiH, Ahmetić started diversifying his business by investing in agricultural production through the ownership of the agricultural cooperative “Poljoprom” in Sanski Most. The estimated total income of HIFA Group is around 681.3 million BAM.

Third place went to the company Bingo, owned by the Tuzla businessman Senad Džambić, which rapidly expands its network of retail facilities, with the ambition to be the competition to Konzum, owned by Ivica Todorić, by playing the card of domestic products and low prices.

Bingo also owns the majority of Majevica JSC, a snacks factory, which they bought when the company was in bankruptcy. Total income of those two companies in 2014 amounted to 570.3 million BAM. Apart from Majevica, Bingo has the majority ownership of ten other companies in BiH that deal with real estate, clothing production and waste collection.

Tomislav Antunović, owner of the company Antunović AGS, is on the fourt place. In 2014, this company had 338.5 million BAM of total income and they operate in BiH and Croatia. Antunović’s primary business is oil trade. He launched his business before the disintegration of the former Yugoslavia, and today he owns hotels and warehouses, in addition to gas stations.

Svjetlan Stanić with the Stanić Group is on the fifth place, and only his company Boreas had the total income of 338.3 million BAM in 2014. Since the Stanić Group includes eight companies in total, two of which are in Croatia, the total income of the group is certainly much higher, but the consolidated data does not exist. In addition to wholesale, Stanić also started investing in electronic media, radio and TV stations in BiH.

Owner of FIS Pero Gudelj is on the sixth place. Gudelj founded the company FIS in Vitez in 1987. Ten years later, in 1997, he opens the first hyper trade center in BiH in Vitez. Although it is not close to major urban centers, thanks to primarily low prices FIS became a top destination for buyers from Sarajevo and Zenica. Soon Gudelj started building trade centers FIS across the country, and he also launched his own production of furniture and textile products. In 2015 FIS had the total income of 307.2 million BAM, 16 retail centers in BIH, and more than 3.000 employees.

Owner of the company Euro-asfalt Hamed Ramić is on the eight place. Ramić founded this company in 1996, after the end of the war in BiH. Thanks to the post-war reconstruction, the company operated well. Apart from working on construction of roads and buildings in BiH, Euro-asfalt is not also present on the markets of Germany, UAE and Mauritania. With its 420 permanent employees, in 2014 this company generated 217.7 million BAM of income.

The ninth place went to Petar Ćorluka, owner of the company Violeta from Tomislavgrad. He proved that trade and oil are not the only preconditions for success and that good business can also be made with production. In 2014, Violeta had the total income of 207.5 million BAM and their products are present on the markets of Croatia, Montenegro, Serbia, Macedonia and Slovenia. Its factories are in BiH and Croatia.

And last place, the tenth, went to the owner of the company Super-petrol from Banja Luka, Veljko Đukić. His primary business is trade with oil and oil products. The company has five gas stations, as well as warehouses and terminals for oil products and liquid gas, and a hotel. In 2014, the total income of this company was 182.1 million BAM, which makes it one of the largest companies according to income when it comes to private companies owned by domestic businessmen. 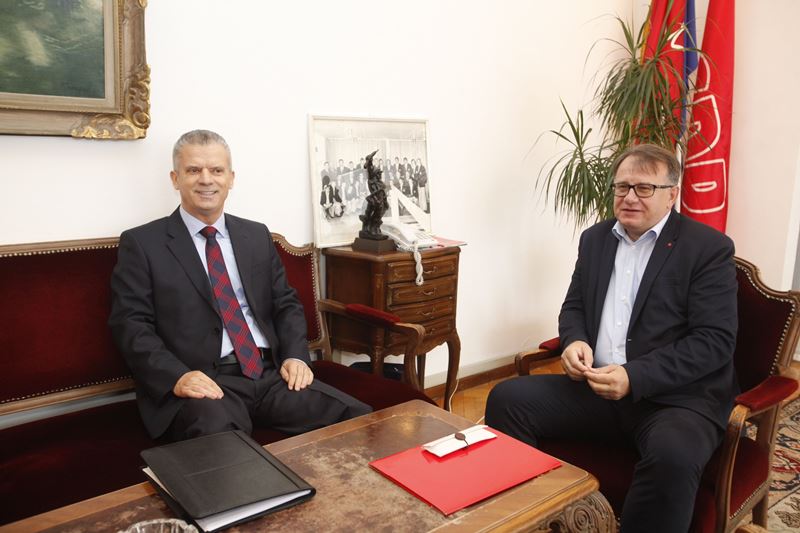 Meeting Niksic-Radoncic: There will be no Recomposition of Government
Next Article Russia still did not approve the Import of Fruits and Vegetables from BiH?
Leave a comment Leave a comment