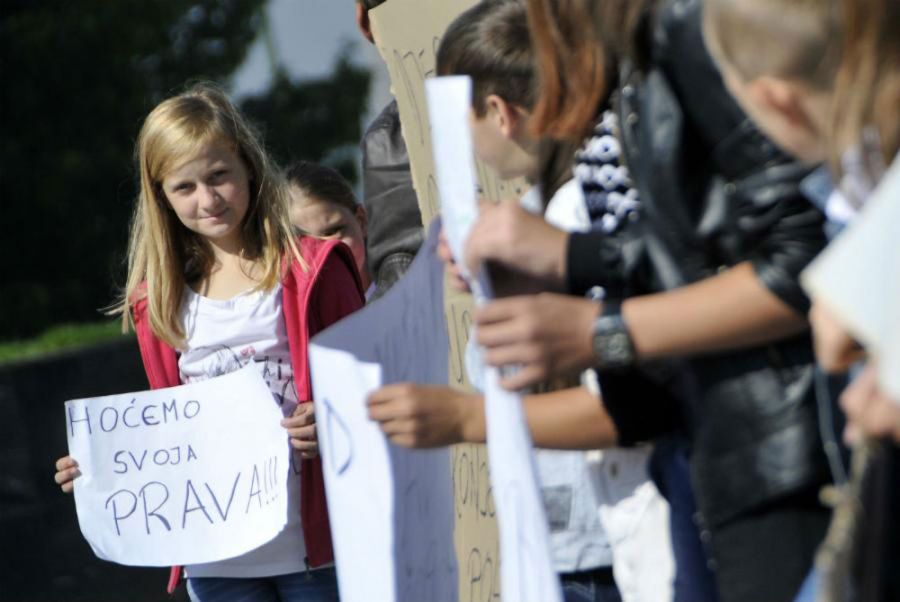 Students of Bosniak nationality who attend primary school at the territory of the Srebrenica Municipality will see the “language of Bosniak nation” instead of “Bosnian language” in their report cards at the end of the school year.

At yesterday’s session of the Teachers’ Council in the First Primary School Srebrenica, teachers were instructed to write “language of Bosniak nation” in report cards because that is what the Constitution of Republika Srpska dictates.

This information was confirmed by certain teachers who wanted to stay anonymous.

Mayor of the Srebrenica Municipality Ćamil Duraković confirmed this information and commented that this means only one thing – that “Bosniak children will not go to school as of September”.

Report cards have not been distributed to students at the territory of the Srebrenica Municipality after the first semester. The reason was again the teaching of Bosnian language. Back then, a verbal directive from the Ministry of Education and Culture of Republika Srpska suggested to the Director of the First Primary School Drago Jovanović to not distribute report cards to students.

BiH ready to export Eggs to EU?
Next Article BHRT will broadcast the European Championship in Football
Leave a comment Leave a comment