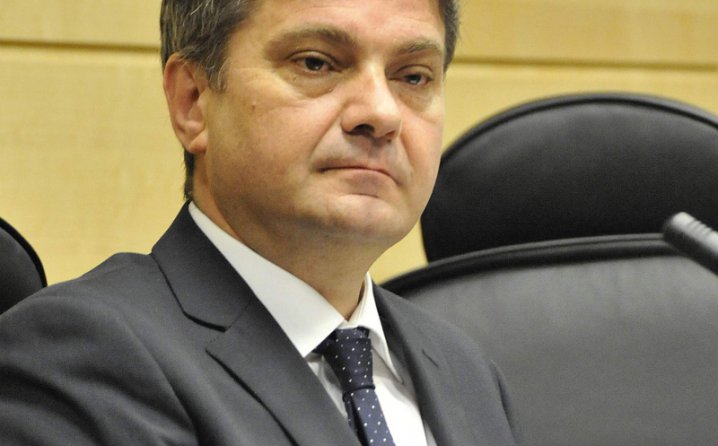 Candidate for Chairmanship of the Council of Ministers in BiH Denis Zvizdić (Party of Democratic Action – SDA) in addressing members of the House of Representatives of the Parliamentary Assembly of Bosnia and Herzegovina, which decide on his appointment, said that the priority of his work will be the process of Euro-Atlantic integration.

He stressed that this mandate will be a period of change, reform and economic development, adding that it will try to ensure the creation of a collective feeling that daily political issues in BiH should be drawn to gauge the socio-economic issues, gauge radical reforms, new approaches and turn and progress on the road Euro-Atlantic integration.

He announced that the future Council of Ministers will not work on that over which it has jurisdiction over or for they do not have consent, but shall not derogate under their jurisdiction, concluding that it is necessary for the total relaxation of political relations in BiH.

He said that he will talk with everyone and accept constructive criticism, but not politicizing because the goal of the future Council of Ministers will be a success of “not an individual, but the collective”, but the final verdict on their activities, he says, will give MPs and citizens who have them their confidence because in BiH must ensure a pleasant living environment.

“BiH is our homeland, which has large natural resources and space that is given to us to live with each other, not to fight each other. Especially for young people who should get jobs, we have to answer questions. BiH should be the state of capable and effective institutions,” added Zvizdić.

In an hour and a half speech Zvizdić explained that it is important to make efforts to overcome the deadlock on BiH’s path to Euro-Atlantic integration, which involves the formation of an effective coordination mechanism and it is important to continue reforms in the judiciary.

He emphasized that it is important to harmonize BiH jurisprudence on all levels of government, especially when it comes to laws which enable the export of BiH products into EU countries.

Emphasizing the significance of the rule of law and creating conditions for competitive business activity in Bosnia and Herzegovina, Zvizdić stressed the significance of signing the Written Commitment of the Presidency of BiH about the speeding up of processes of integration, which should be signed by political leaders and accepted by the Parliament of BiH.

He thinks that it is necessary to create conditions for receiving funds from the EU and IPA fuds, i.e. they should work on activities which have the goal of establishing candidacy status of BiH for EU membership as well as fulfilling conditions for the activation of MAP which would give additional security to Bosnia and Herzegovina.

His intentions are to encourage reforms of public administration and public finances and strengthening the role of internal and external stability and security of BiH.

Talking about economic growth and efficient employment in BiH, Zvizdić stressed that it is necessary to dedicate attention to small and medium enterprises, as well as doing everything on strengthening the energy sector, tourism and protection of environment.

He stressed the necessity of a greater concern for unemployment, disenfranchised and socially marginalized categories of peoples in BiH, and as a solution Zvizdić said that he sees the revival of BiH economy in establishing banks for development and adopting laws about strategic investments in BiH.

Zvizdić thinks it is necessary to systemically fight against organized crime, corruption and terrorism and that is why he announced amendments to the security sector, stressing the need for better coordinated police agencies on all government levels in BiH.

Also, he underlined that it is necessary to efficiently cooperate with international agencies and organizations which deal with security issues and he added that he will insist on advantages of qualifications over politics.

The BiH Presidency appointed Denis Zvizdić as the Chairman of the Council of Ministers of BiH. Zvizdić will take office if the House of Representatives of PA BiH confirms the decision at today’s session.

Zvizdić was born in 1964 in Sarajevo. He has a PhD in technical sciences (architecture and urbanism) and he is a professor at the Faculty of Architecture of the University of Sarajevo. He performed the functions of the Sarajevo Canton Prime Minister, Chairman of the SC Assembly and the House of Representatives of the FBiH Parliament.

Jusuf Nurkić comes back to BiH?
Next Article