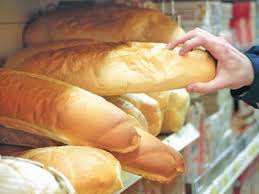 The Klas company has started its socially responsible project in which it will donate significant quantities of its new “Skockana” breads to people in need throughout Bosnia and Herzegovina in the next three months.

The Klas provided 3,900 breads to the users of the Pomozi.ba organization, while they will also donate certain quantities of bread to the organizations Mozaik Prijateljstva from Banja Luka and Pravi put from Mostar.

“By actively working to improve the living conditions of people who need the help of society, we gladly support humanitarian organizations, because only through joint efforts and good cooperation can we contribute to the growth and development of our community. Klas has been around for 117 years and has always been a socially responsible company, which is confirmed primarily by the daily care of its employees, the environment in which it operates. The company especially nurtures responsibility towards its customers and consumers, primarily by producing quality products according to the highest ISO, Halal and HAACP standards,” said the director of Klas dd Sarajevo Boris Brkovic.

The organization Pomozi.ba pointed out that the donation of bread is of great importance to their customers, to whom they prepare every day and bring a ready meal to the door.

“We thank the company Klas, which has already shown social responsibility several times. With this donation, we have enriched the meals we prepare in our kitchen and bring them to the doorstep of the elderly, sick and exhausted. Only together can we make changes and help a larger number of people in Bosnia and Herzegovina who are in very difficult life situations,” stated the organization Pomozi.ba.