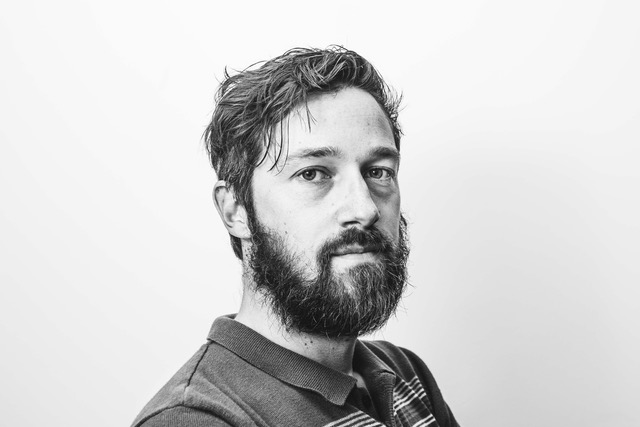 Sacha Jennis developed an interest in photography when travelling in his twenties. The need was there to capture moments and local culture in foreign countries with better pictures, so he decided to take photography courses and ‘graduated’ in 2016. Meeting people from other countries and cultures enriches travel experience and delivers a better image of how people live there, Mr. Jennis starts his conversation with Sarajevo Times.

”I made my first real photo series on a Thai island, about ladyboys in the night club Queens Cabaret. Only years later, the series got published and after this first reportage I decided to do more photo series about subjects that intrigued me. Another example is a series about people living in an architectural, historic public housing complex just outside of Antwerp. This series got me the title of city photographer Antwerp for two years and I had some exhibitions with the project,” he added.

In 2014, he made a motor trip through the Balkans together with a friend of his. They both were intrigued by the region and its, for them Belgians, underestimated touristic potential. This truly was an amazing experience for them. They started in Albani­a and immediately came into touch with the very friendly population, always prepared to help them out when they were lost.

“The trip through the countries of ex-Yugoslavia was also very special and interesting. We were only teenagers when the civil war ‘92-‘95 took place. It struck to us how young people our age and generation experienced childhood/youth in these terrible conditions. Talking to our peers, they made a very down to earth, friendly and spontaneous impression to us,” he added.

The beautiful nature of Bosnia Herzegovina was another thing stuck in his head since his passing on a motor bike. And as a city, Sarajevo never escaped his memory since his first encounter.

”Spending only two days there in 2014 was enough to decide I would come back again there someday to picture fascinating aspects of the city. So I went back in 2017, 2018 and 2019,” Mr. Jennis adds.

”One night in Sarajevo, back in 2017, I ended up in an underground venue to watch a benefit concert of local rock bands. As I brought my camera and did not really know people in the venue, I started taking pictures of the bands. Later I met Dijana and her friends from the band Starbridge. I ended up taking a band picture and Dijana is featured in my photo series. We met again the next year I was in Sarajevo and had some beers with her boyfriend and his son who were in the band. Really friendly people, even inviting me to stay at their place next time around. Also, how brave and cool at the same time to have a band with your dad!”, he explained.

Another interesting story was about grandmother of a girl he know from Antwerp, Alja, who lives in Sarajevo. When doing research he asked Alja if her grandmother, Ramiza, would be interested in seeing me and having her picture taken. Ramiza still lives in the apartment just outside Sarajevo center which was fired at during the 92-95 siege.

”I met her via Alja’s sister Arwa and her mother, who were in Sarajevo at the time I was there in November 2018. Arwa translated her story for me and it took my breath away. She told me how her late husband was building a wall in their apartment to protect his family from the sniper’s bullets. Arwa and Alja’s nephew showed me the basement where they were kept and hid as children during the war,” he adds.

Answering on the question of how has he decided to visit Bosnia and Herzegovina, Sascha said that it is a country that always intrigued him. Partly because it used to be a former country of Yugoslavia, partly because of the immense beauty of its nature.

”I learned a bit about its history and wanted to know more. I guess I was interested in daily people’s stories. I actually shared many similar interests with many of the young people I met. We were born in other parts of Europe yet our situation was/is so different. We both have terrible political conditions (we have the world record of not having a government) but economically Bosnia is off much worse than Belgium. I learned high unemployment rates led to mass migration of young people. In the ‘West’ of Europe and in Belgium for instance, little is known about Bosnia. When it is covered in the news, it’s mostly because of politics and the 90s war. I wanted to give a more positive picture of the country and show how many young people do decide to stay in their country and build a life and/or business. I do believe they are the future of the country. So I mainly focused on them in my photo series Sarajevo Daily Lives,”

Speaking about his favourite places in Bosnia and Herzegovina, Sacha says that in 2018, he spent a few weeks of holiday in Bosnia and Herzegovina so he had another impression of the country. He really enjoyed Sutjeska National park.One of the most beautiful trails he has ever walked is in the park, they walked a hiking trail towards Montenegro just across the border with Bosnia and on the trail, they had some amazing views.

”The island of Scit is a little gem inside Bosnia. Really small but really worth a visit. We drove around the Ramsko lake and went for a little paddle. When we arrived back in our hotel, which was a 2h drive from Scit, my girlfriend realized she lost her cell phone. A local guy found it and contacted my girlfriend’s sister and me to make sure we got it back. Quite a story and illustrative for the kind nature of the Bosnians,” he adds.

Some other favorite places are Blidinje Nature Park and Hutovo Blato park. They went on a cycling tour around Blidinje lake and cycled to Hutovo Blato from Trebizat on the Ciro cycling trail, a bike route from Dubrovnik to Mostar and Sarajevo, using a former railway track which was closed in 1976.

”It was quite a trip as we passed several gravel and rock roads through tunnels crowded with bats. When we were in the area between Trebizat and Mostar, we also enjoyed visiting family owned vineyards such as Brkic winery. Really great quality wines you find there, Zilavka wines are my favorites,” he explains.

”Of course, Sarajevo is a favorite place. In fact, it’s one of my favorite cities in Europe. Not that it’s the most beautiful city, its charm, character and culture is what appeals to me most. Local events are internationally renowned such as the annual International Film Festival, MESS International Theater Festival and the Jazz festival. People work hard to put Sarajevo on the international cultural map and it has every right to be on it. Every time I visit Sarajevo, I discover something new. The mix of West and East (Baščaršija) is very interesting and the renovated Trebević cable car is nice. It makes it much easier to go to the surrounding mountains and have a nice walk there with rewarding views of the city. So nature never is far when you live in the city,” Sacha adds.

Also, Sascha liked Lukomir, little mountain village that has something special since it only has some ten inhabitants, more or less. No kids are being born so it seems people only stay there, are self-supporting and gain a little extra from tourists. The place is abandoned during winter months.

”But what I loved the most in Lukomir, was the astonishing view you have on top of the mountain.”

Bosnians are really friendly and easy-going towards foreign tourists. At least that’s what I experienced. Especially when they feel you know something about the region and history, it’s interesting to have conversations with locals. I felt they could appreciate my interest for their country, lifes and stories. From several locals I understood most tourist seek for traditional ‘war memorials and stories’ which is only being commercialised by governments and tourist agencies. Everyone one I talked to just wanted to move on and live a normal life, not being constantly reminded of a painful past.

Speaking about some of the favourite photographs taken during his visit to Sarajevo, Sacha says that he stayed in the Ciglane neighbourhood when he was in Sarajevo the last time. It has a special character and the apartments crawling up the hill are photogenic to him.

”And in October 2019, I photographed a part of Sarajevo I never went before. On the bus ride from the airport to Skenderija, I saw this really photogenic brutalist church. I went back there to take pictures, another fascination I have as a photographer is architectural photography and specifically modernism and brutalism. When I walked around that neighbourhood, the sight of a big Mosque with a football ground and apartment buildings in the back asked for a photograph,” he adds.

”Last but not least, I really enjoyed meeting and photographing people for the Sarajevo Daily Lives project. Some of my favorite pics from this series are the ones I took in the tattoo shop Ötzi Tetoviracnica and artist/art gallery owner Mak in the door of his Gallerija Brodac, Sacha concludes.