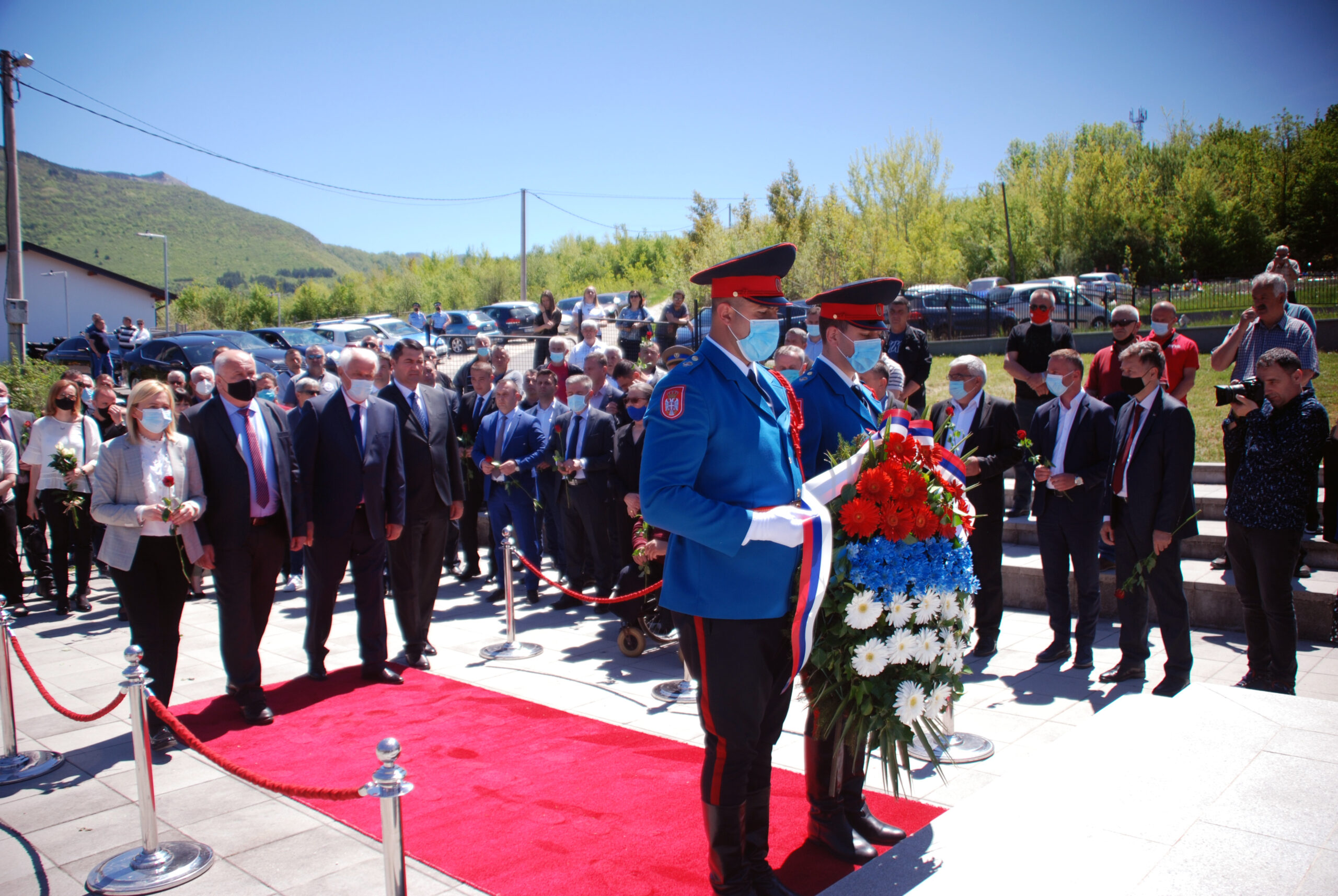 By laying of wreaths and flowers at the central Memorial at the cemetery in Miljevici, today in East Sarajevo marked the 29th anniversary of the events in the former Dobrovoljacka Street in Sarajevo.

Then, during the withdrawal of Yugoslav People Army (JNA) members from the barracks in Bistrik, there was a firefight between the Territorial Defense of BiH and the JNA.

This event was marked today, instead of May 3, because in agreement with the Serbian Orthodox Church, memorial services are not held seven days before and seven days after Easter.

The event was marked in compliance with the measures of the Republic Emergency Situations Headquarters, with a shortened program and a limited number of citizens.

Last week, on May 3, the anniversary of the events in Dobrovoljacka Street was marked in Sarajevo as well.

Dobrovoljacka is still a synonym for suffering for some, and for others for defense, because May 3, was the key date for the defense of Sarajevo and Bosnia and Herzegovina.

The release of a column of JNA members from Sarajevo was previously agreed exchange for the release of the abducted and captured President of the Presidency of the Republic of BiH, Alija Izetbegovic, at the Sarajevo airport the day before.

A convoy of JNA vehicles, accompanied by UNPROFOR units, started from the command of the Second Military District in Bistrik towards but was stopped in Drvenija, in Hamdije Kresevljakovica Street.

Borrell: A Call for Partition of BiH has triggered a push for Inflammatory Reactions
Next Article