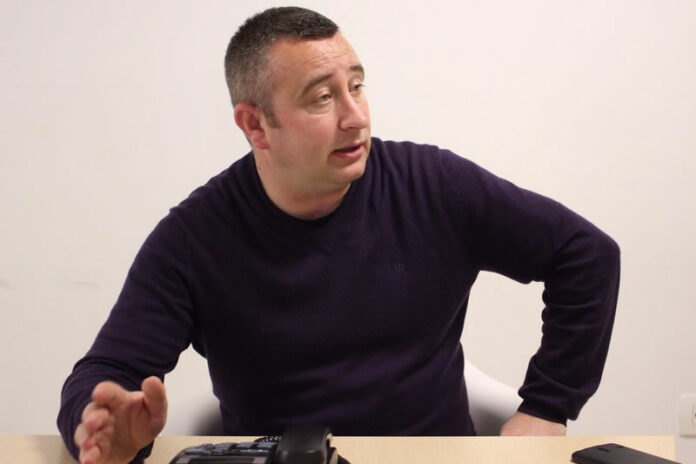 Amir Mujezin from Sarajevo, an innovator and one of the fighters for the rights of visually impaired and partially sighted people, created a tool with which this population can “watch” the content by describing the material into sound.

Actually, Mujezin is a visually impaired person from birth who has always struggled and tried to see like those people who have no vision problems.

As he explained, he came to this idea by realizing that at film festivals and cinemas, visually impaired and partially sighted people cannot experience film content tried in any way,  so this is how he tried to improve their inclusion in society.

“It is an audio description with which visually impaired and partially sighted people read subtitles. It is a step forward, so in the foreseeable future this population will be able to enjoy certain genres of films that can best be ‘illustrated’ through audio recordings such as comedies and dramas, but it is difficult to deal with thrillers and horrors since such types of films must be given special attention, and they are more visually effective, ” Mujezin told.

Furthermore, he explained that he is a big fan of movies, but also technology, so with simple software, he designed the so-called script in which he enters numbered subtitles in order to finally lead to a successful result.

“It is important to know exactly how long a subtitle lasts so that we can fit it into the original version of the film so that there are no exceptions. These subtitles can be found on the Internet, after which I insert them into special software to ‘issue’ an order so that it pronounces those subtitles at the right time. That ‘voice’ can be modified so that it all sounds like it’s a real person. It’s about precisely programmed subtitles that were made in the film studio, ” Mujezin added.

“That’s why I made a tool based on which I could make as many as ten films in a much cheaper way for the above-mentioned price. Considering that a smaller number of visually impaired and partially sighted people come to film screenings, I believe they could watch a movie with headphones and audio description in the same room as people who don’t have vision problems. It wouldn’t require a lot of funds. It’s enough to buy two to three pairs of Bluetooth headphones and play the same movie from another device,” he pointed out.

The first film for which he did the audio description was the cult achievement “Home Alone”.

“People who work in the film industry also saw my work and told me that they were delighted with this idea. We also talked about specifying a term in cinemas or at the screening of certain films that would be intended only for visually impaired and partially sighted people who would be in one room and could ‘watch’ the film with audio description, ” he added.

So far, Mujezin has done many projects to make life easier for the visually impaired and partially sighted people, but they are all on hold because they need to be adopted by the government in order to be implemented.

As he added, the audio description does not have such conditions and it can be used in all cinemas and film festivals if the organizers and people from that sector accept it.

“I believe that people from this sector can decide to include at least two films in their repertoire in cinemas at least once a week so that visually impaired and partially sighted people can follow that content. I will dedicate my time to it and I am ready to do it for free because I want to help social inclusion of this population, ” noted Mujezin, Klix 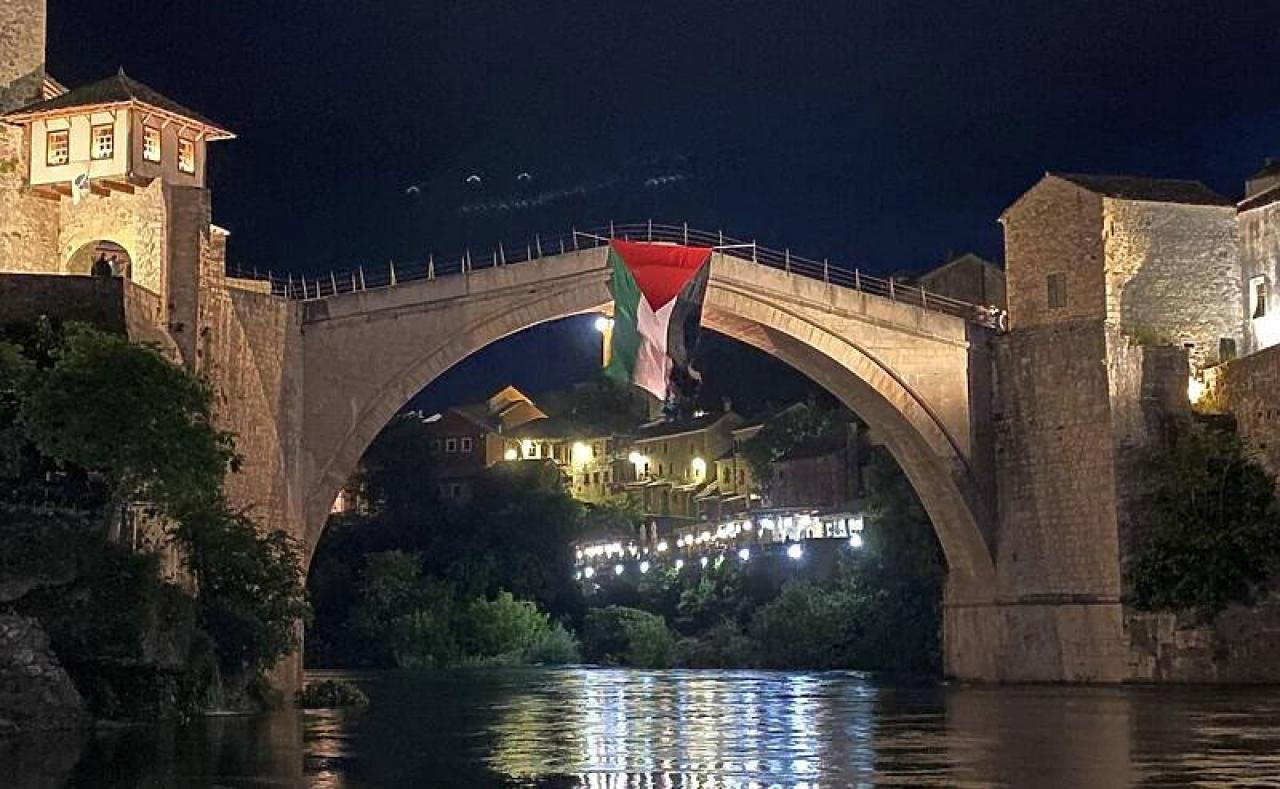 Despite the Mayor’s Opposition, the Citizens of Mostar raised a large Palestinian Flag on the Old Bridge
Leave a comment Leave a comment