Bosnia and Herzegovina has held a two-day anti-smoking exhibition, A Life in Smoke, in a number of cities across the Balkan country. The exhibition was designed to raise awareness about the harmful effects of tobacco smoke and the necessity of banning indoor smoking in all public places throughout the country. Backed by the government of Switzerland and implemented by the World Bank in partnership with the Bosnian Ministry of Health, the exhibition – part of a wider campaign, Climate Without Smoke (Klima Bez Dima) attracted more than 10,000 visitors.

Bosnia and Herzegovina is one of very few European countries which still allows smoking in almost all public indoor spaces.

“This campaign is not about taking cigarettes away from adults that choose to smoke”, stated Emanuel Salinas, World Bank country manager for Bosnia and Herzegovina, and Montenegro.  “It is about protecting children and those who choose not to smoke by enabling tobacco-free indoor public space and creating an environment where they will not be the victims of tobacco smoke.”

Every year around 9,000 people die in Bosnia and Herzegovina due to tobacco-related diseases; 900 of these people are passive smokers, including children, who are exposed to second-hand smoke. If no action is taken, 180,000 people will die prematurely of tobacco-related diseases in Bosnia and Herzegovina in the next two decades, Emerging Europe reports. 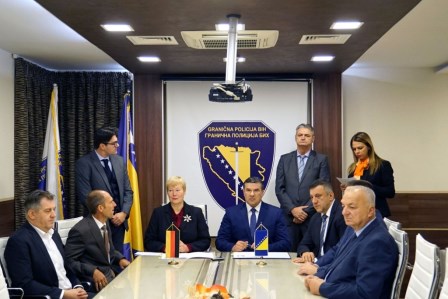