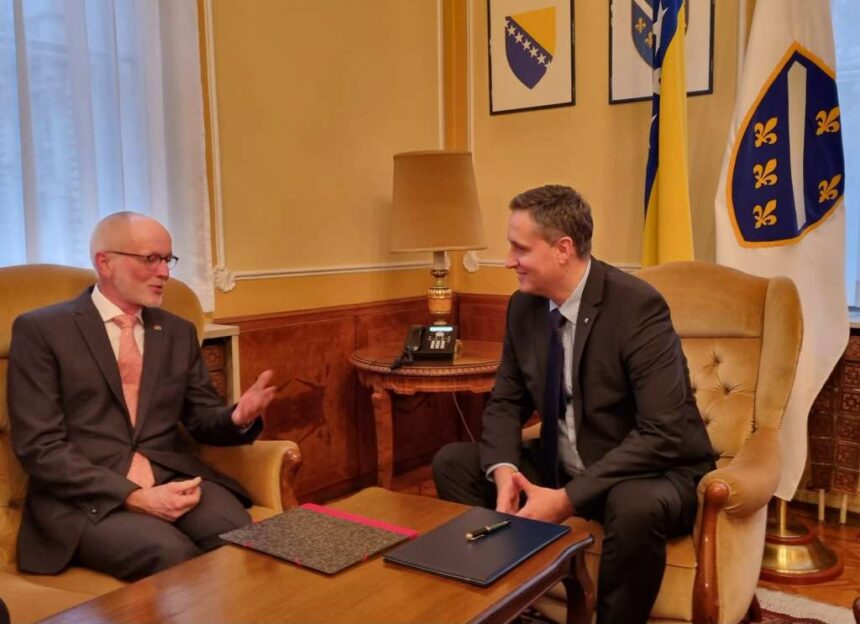 At the meeting, it was assessed that the relations between Bosnia and Herzegovina and the Federal Republic of Germany are very good, and that institutional cooperation and the intensity of visits are at a high level. It was concluded that it is important to continue to develop cooperation and to maintain the dynamics of meetings between officials of the two countries.

In particular, he pointed to the recent decision of the Bundestag on approving the re-participation of German soldiers as part of the EUFOR Althea mission in Bosnia and Herzegovina.

He thanked FR Germany, as one of the biggest donors, and for its involvement in demining in Bosnia and Herzegovina.

Ambassador Fitschen announced the continuation of the FR Germany’s support for the reform and integration processes of Bosnia and Herzegovina and the development of friendly relations as a whole, the BiH Presidency announced.

HDZ and Others discussed the Formation of the Government
Next Article