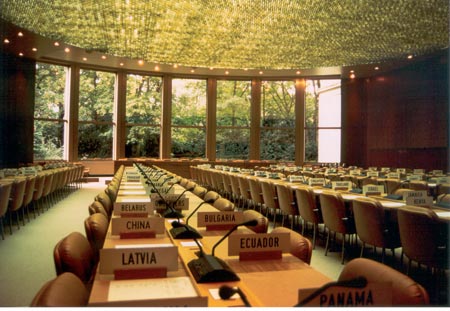 The two-day session of the Parliamentary Conference of the World Trade Organization (WTO), held in Geneva under the motto “Trade as something that brings peace and better conditions of life” ends today. At the end of conference, the adoption of the final document defining the further directions of action and the work of the WTO should be adopted.

“In the past activities the preparation of multilateral relations were done. Additionally, it is expected for a protocol on completion of the process, with minor details to be finalized soon. In the bilateral area the finalization of negotiations with the two countries members of the WTO is expected as well,” said Mehmedovic.

“For BiH the membership in the WTO is particularly important because there is no EU membership without full membership in the WTO. One more bilateral agreement with the two Member States is waiting for BiH and it is possible to quickly make a decision on membership in the conference in Nairobi, at the ministerial level, if the process with the two countries to ends. Our team for these negotiations has invested tremendous efforts in the course of the accession process, although the political environment in our country and in the world was a very unfavorable throughout the process. Olli Rehn, the vice-President of the European Parliament, as well as WTO director general Robert Azevedo participated on the meeting as well, “says Mehmedovic.